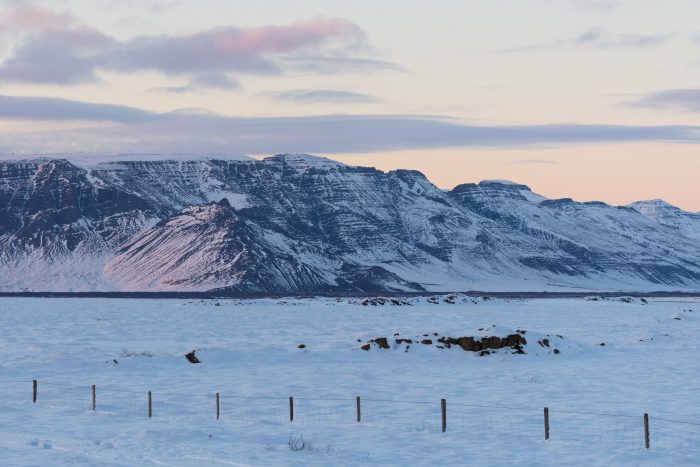 On July 7th in west Iceland, a landslide fell in Hítardalur Valley from Fagraskógarfjall Mountain. The landslide is one of the biggest Iceland has on record, spreading debris 20-30 metres thick over 1.5 km2.

The landslide dammed the Hítará river creating a lake, which has since begun to run off into the Tálmi river bringing mud and rocks to the fragile home of salmon as well as burying sheep of local farmers under the rubble.

The cause of the landslide is believed to be due to the weather, reports Visir, rainfall has been constant in previous weeks that, with temperature changes, can create a build up of water pressure.

People have been warned not to venture to the area, however photographers have used technology to safely snap images of the scene using drones. Paul Oovstein and wife Anni Van Deursen are photographers from the Netherlands who annually visit Iceland for scenic shots.

The two photographers have taken photos of the valley before, despite the snowy scenery it is quite clear to see the changes that have occurred due to the landslide. The panoramic image was taken on 4th September – almost two months after the incident – it is clear to see that the landslide tongue has drastically changed how the river flows: to the left of the tongue the path of the river is now dammed and a lake has formed to the right. The full panoramic image can be found on the their website.