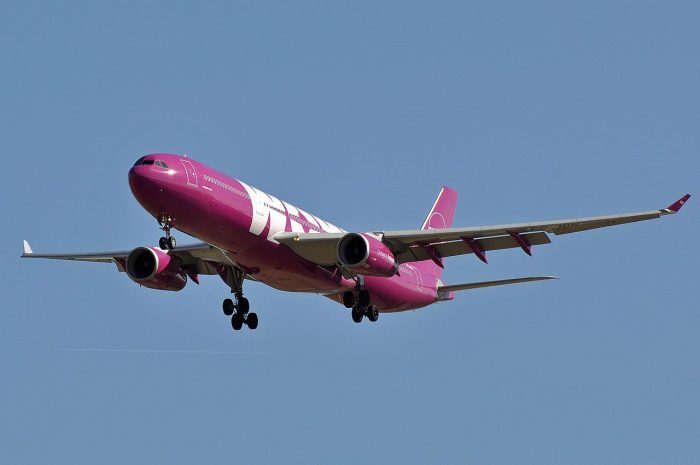 WOW air is one of the two main airlines in Iceland, flying tourists in and out of the country, which supplies a lot of money to most sectors of Iceland´s income. WOW air made a loss of €39.6 million between July 2017 and June 2018 which was declared in their annual results, this has been a major factor towards the króna dropping in value by almost 6% since the start of September. The Central Bank has since intervened on 11th September – for the first time since November last year – to stabilise the exchange rate, which had dropped 2% that day. There have been many concerns over the declaration of WOW’s results and questions as to how this had happened were directed to CEO and sole owner Skúli Mogensen.

Mogensen defended this debt by establishing that the company has been expanding at a very rapid rate, which has been using the reserve funding to progress but is yet to show the full return, therefore necessitating a bond issue. The expansion has been very successful so far, he claims, such as recent flight plans between Iceland and India with WOW air.

WOW air has been working with Pareto Securities, a Norwegian corporate finance company which has worked with Norwegian Airlines and Icelandair previously, to establish how to improve the bond issue. The result was that financing of between 6 – 12 billion krónur would be required to sustain the business and continue expansion—albeit at a slower rate than before.

A plan is being put in place for WOW air to restructure the business financially before going onto the stock exchange within 18 months, reports RÚV. Mogensen confirmed that bondholding investors will receive priority for shares and at a discounted rate of 20% off their share prices.

Mongensen has contacted the current investors to seek further funding and a meeting has been held on 14th September with only €5 million of stock still needing to be bought. Króna exchange rates have responded by increasing again and WOW air’s future looks more secure than it did a week ago.