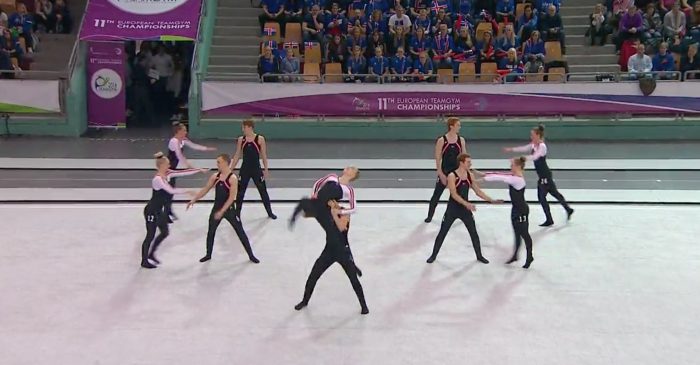 Teamgym, the 11th European Championships just ended in Maribor, Slovenia. Iceland had national teams in the competition, a junior girls’ team and a mixed junior team. The Icelandic junior girls’ team took the gold at the championships, they ranked first going into the final routine; the trampet (trampoline). Denmark won the silver and Sweden the bronze. The Icelandic team earned the highest score of all for their floor routine and trampet, and second highest for tumbling. The mixed teenage team also did very well, they improved in all fields and bring home the bronze. The mixed senior team also took the bronze like the junior mixed team and the senior woman’s team took the silver just now. Coaches and team members were deservingly happy and proud once the results were in. Iceland’s floor routine impressed the judges and secured the team third place. The mixed teenage team from Denmark won the gold and Norway the silver.The mixed team’s routines can be seen on RUV