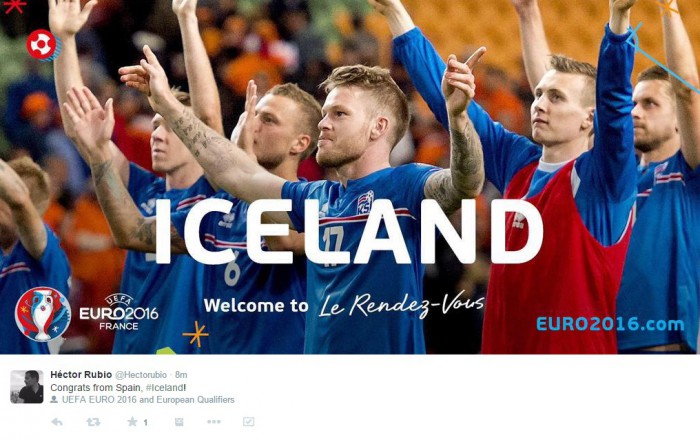 Its expected that thousands of people will be watching the football match between Iceland and England, close to 10% of the nation are already in France and its expected that thousands if not tens of thousands will be gathering at Arnahóll to watch the game on a giant screen.  The UEFA EURO 2016 party will start at Ingólfstorg (EM Torg), but then move to Arnarhóll. So far around 4000 people have been attending the live broadcasts at Ingólfstorg.

Ingólfstorg is already out of space, the game has to be moved to a bigger venue. we are expecting between 10 and fifteen thousand people.

Newer PostFootball: Thoughts about the match today and the past couple of days
Older PostBoxer Tyson Fury buys drinks for supporters before the game against Iceland