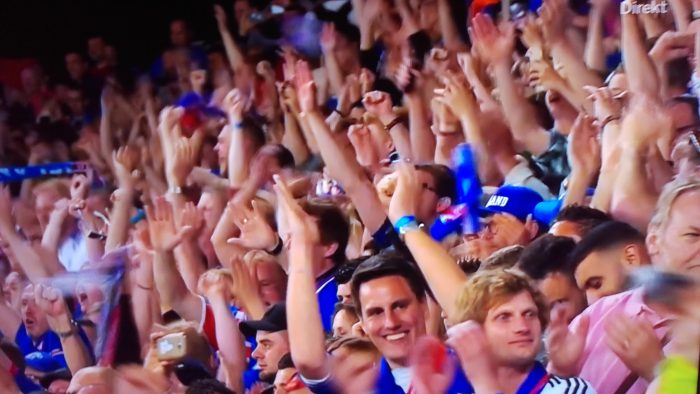 27 year old boxer Tyson Fury took a massive round of drinks for his supporters who are preparing for their UEFA EURO 2016 game against England in Nice, France. Fury who is going to the #ISLENG game did spend some time with supporters last night buying drinks and enjoying a night out before the big match today.

The match tomorrow is the biggest in Icelandic history and this fairy-tale story still has a chance to develop further if England does not break the Icelandic defense.

It is now thought that one tenth of the Icelandic nation is in Nice supporting the team and those same fans have vowed to cheer the English team if they win.

Or as one Iceland team supporter put it

Going up against England is massive, all Icelanders have grown up watching English football and it has had a huge influence on our culture.

Newer PostThousands of people expected to watch the game between Iceland and England live in Reykjavik
Older PostWhat if England had the same naming tradition as Iceland?