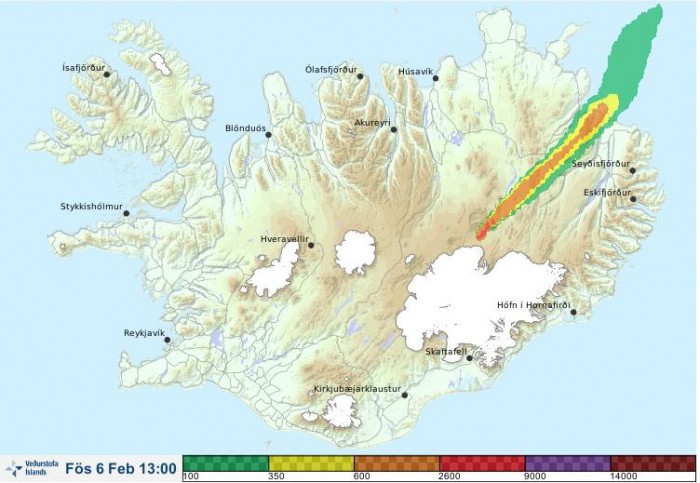 The following are the latest facts about the volcanic eruption in Holuhraun, put together from the Scientific Advisory Board of the Icelandic Civil Protection:

The highest levels of sulphuric dioxide since Tuesday, 3rd of February, 800 µg/m³ SO2 was measured in Vopnafjordur on Tuesday. A new risk analysis for the area around the eruption site is being conducted. The new risk map for the area will be issued next week.

A team of technicians from The Icelandic Met Office, Institute of Earth Sciences UI, and The Department of Civil Protection have been working on maintenance on measuring equipment’s on Vatnajokull glacier and in the surrounding area. The GPS station in the Bardarbunga caldera is back on-line and will be visible on the IMO web site as before.

The volcanic eruption has now been going on for five months, the lava flow is still great in Holuhraun and the rate of the subsidence of the Bardarbunga caldera is still significant.