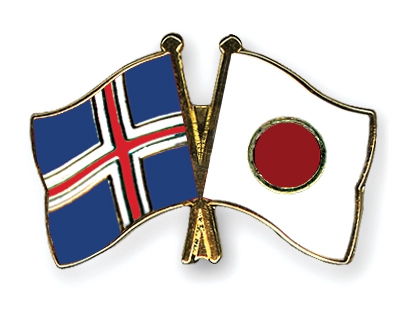 The minister noted that the two countries had been trading and doing business for a long time, and that now was the time to take new steps and deepen relations between them, adding that they shared so much in common.

More than 70 per cent of the North Atlantic nation’s exports to Japan last year were fisheries products, while the majority of Japan’s exports the other way consisted of automobiles and machinery components.

Meanwhile, in terms of whaling, which both countries continue to pursue despite heavy opposition, Sveinsson said they need to respect international laws, do things by the book, and show people facts or evidence that stocks were not being harmed.

During a meeting in Tokyo on Monday, Sveinsson and his Japanese counterpart Fumio Kishida were in agreement that whaling was “deeply rooted” in both countries’ cultures. He told Kyodo News that criticism of the practice was often based on misunderstandings or politics that others didn’t understand. He acknowledged that if whaling was to continue, it was important to show the world that they were carrying it out in a way that did not harm stocks or the ecosystem.

The International Whaling Commission signed off a resolution in September that featured stricter guidelines for research whaling, making the pursuit of the practice more difficult. The resolution came on the back of a ruling by the International Court of Justice in March that stated Japan had to abandon its Antarctic “research whaling” as it was not being carried out for scientific purposes.