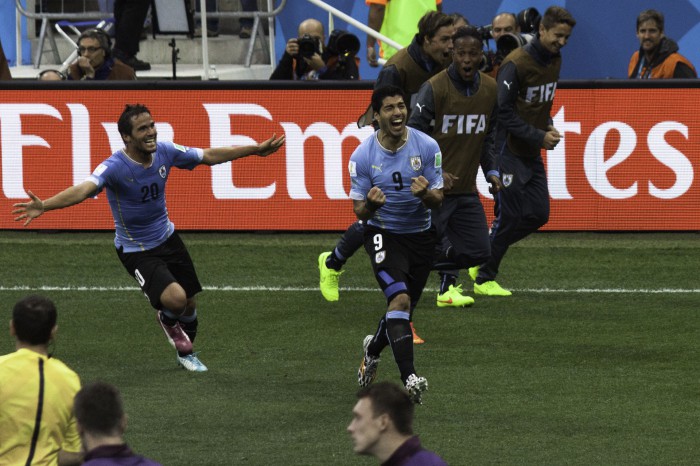 A Swedish football fan has won 14,000 kronor after placing a bet that controversial Uruguay forward Luis Suarez would bite an opponent at the World Cup.

Suarez has a history of biting players from the opposing team after having done so on two previous occasions, so when Swedish betting firm Betsson offered odds on whether he would do so for a third time, Jonathan Brack put 80 kronor down.

The 24-year-old from Stensund said he felt it was not impossible because he knew Suarez had bitten people before, adding that he was pretty certain he’d do it again. He explained that when he saw the bite there was a mixture of excitement and confusion, noting that he couldn’t quite believe what he had seen.

He went on to say that he then told his family that what they had witnessed was a bite and that Betsson would have to pay up. Asked what he planned to do with the winnings, Brack said that he would travel to England to watch a Manchester United game. He now hopes his tip for the World Cup, Brazil, picks up the trophy as he has 500 kronor on them to win it.

Betsson revealed that 167 people from Sweden, Denmark, Norway and elsewhere placed bets on Suarez reoffending at odds of 175/1. Spokesman Mikael Mellqvist revealed that they lost a six figure sum in Norwegian kronor. The bookmakers said that the biggest winner was a Norwegian man, who picked up a cool 20,000 Norwegian kronor after the Uruguayan took a nibble on Italy’s Giorgio Chiellini.