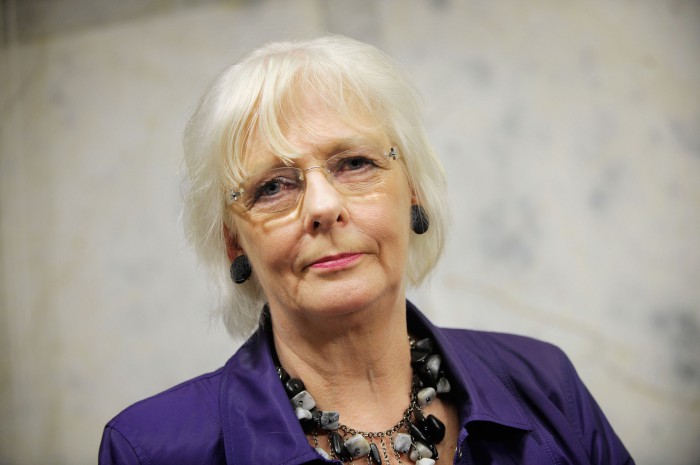 The former Icelandic prime minister Jóhanna Sigurðardóttir, who made history when she became the world’s first openly homosexual head of state, delivered a stunning speech at Toronto’s WorldPride Human Rights Conference 2014 at the weekend.Jóhanna told those in attendance that it was, regrettably, the first time she had made a speech at an LGBT event. She openly spoke about the difficulties, challenges, triumphs and joy she had experienced in both her professional and personal lives, being widely applauded when she noted that love would conquer all in the end.

The former prime minister urged those at the conference to challenge the ignorance, prejudice and cruelty that LGBT people have had to endure over the years that have ultimately cost many their lives. She hit out at countries that continue to persecute homosexual people, and insisted that the UN should be acting accordingly to ensure such nations are prevented from disregarding people’s basic human rights.

Jóhanna used data that showed between five and 10 per cent of the world’s population was from the LGBT community, noting that it equated to between 350 million and 750 million people – equal to the population of Europe – in the world. She said that these “hundreds of millions of people” must deserve for the rest of the world to stand up and fight for their rights and freedom. She added that anyone who supported equality should keep fighting until everybody in the world had these rights.