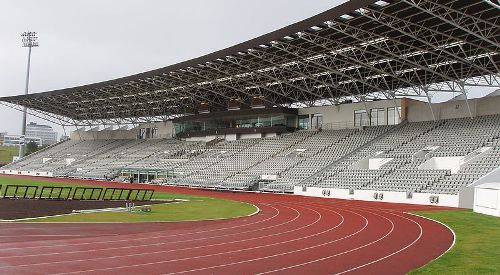 If Iceland are to make it to the expanded European Championships in 2016 in France, they will have to do it the hard way after being drawn in what many will consider the Group of Death.

Lars Lagerback’s team enjoyed an extremely successful qualifying campaign for the World Cup in Brazil this summer. After finishing second in their group, they narrowly lost out in a play-off to a strong Croatia team. Nevertheless, it was the nation’s best ever performance in qualifying and there was an optimistic mood surrounding Sunday’s draw.

Iceland, who were in the fifth pot of seeds in the draw, knew they were likely to face a tough group, but not many expected it to be quite so tricky. The team will face giants like the Netherlands, Turkey and Czech Republic as well as Latvia. Minnows Kazakhstan make up the group, but that fact the central Asian countries lies more than 5000kms from home ensures even that is likely to be a tricky tie.

However, Lagerback is a shrewd manager who has plenty World Cup experience after his time in charge of Sweden, and he will be well aware that this golden generation of Icelandic stars, many of whom play in top leagues across Europe, have a better chance to make a major international tournament than any Iceland teams that have gone before them.

Furthermore, with the tournament expanding from 16 to 24 teams, the top two teams in the group qualify automatically, as does the third-placed team with the best record. The remaining teams in third place face two-legged play-offs to qualify for the event.