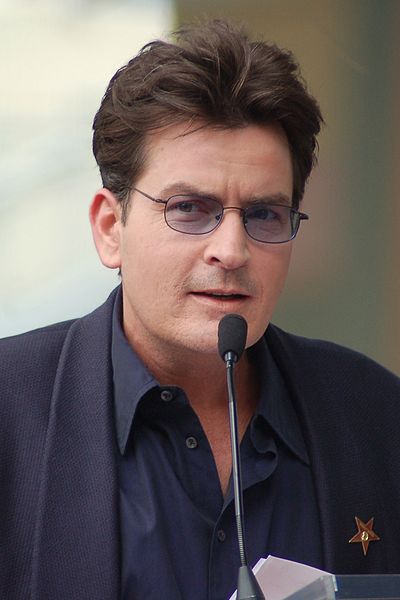 The controversial American actor posted a picture of himself and the busty blonde sitting on the steps of Höfði, a building that formerly housed the French consulate in Reykjavík, and wrote underneath: “This is the house ware (sic) M Gorbachev R Reagan did some epic (sic). It’s also where S and I GOT MARRIED!” the couple have been enjoying a short break in Iceland this past week.

this is the house ware M Gorbachev R Reagan did some epic. it’s also where S and I GOT MARRIED! c #RumorMilUhPede http://t.co/Oz6x0TIJR8

However, when quizzed about the tweet, Sheen admitted that it was all a big joke to confuse his ex-wife Denise Richards. The 48-year-old told American gossip channel TMZ that he wanted to give Richards a stroke. Sheen and Wild Things actress Richards have been engaged in a bitter war of words on Twitter in recent weeks.

The Two and a Half Men actor has been divorced three times – his most recent the split from Brooke Mueller in 2011. However, it seems as though the fourth divorce may yet be some way away, particularly after Rossi took to Twitter to respond to the wedding rumours by tweeting “hahahahahahahah epic”.