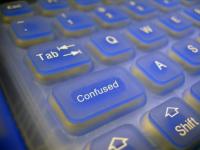 A newly signed deal between Ericsson and TeliaSonera means Stockholm’s mobile broadband users will soon be able to surf the Internet using the latest high-speed 4G network. This will be the first time Ericsson’s Long Term Evolution (LTE) networking technology is deployed commercially.

Under the new 4G network, users will enjoy connection speeds up to ten times faster than those presently available. TeliaSonera, a joint Finnish-Swedish telecoms provider, placed the order. According to the Dagens Nyheter newspaper, the network will cover all of Stockholm’s city limits, including the outlying suburbs of the Globen Arena complex, Kista Centrum, and the capital’s two conference centres in Farsta and Alvsjo.

Ericsson’s president for the Nordic and Baltic States, Mikael Backstrom, said: “LTE brings the highest possible performance and network capacity, which is needed to meet the needs of the fast growing group of mobile broadband users around the world.” The 4G network will go online in 2010 and offer real-time performance, which will make watching HD-quality television from mobile phones and laptops feasible.

In the future, TeliaSonera plans to create a 4G network throughout Sweden. The telecoms company has already purchased a 4G licence that covers the entire country. But they will wait and see how the first leg in Stockholm goes before moving ahead.