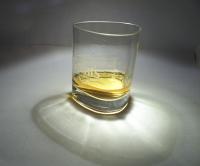 Heavy drinkers in Finland are increasingly receiving government disability pensions, with nearly 20 percent of the total number of pensioners being classified as having alcohol-related brain disorders or alcohol-fuelled disturbed behaviour. The number of heavy drinkers getting state welfare has increased by 40 percent in just five years, leading the Finnish government to take a closer look at what some regard as a major social problem.

According to the Kaapeli news service, in 2005 there were around 50,000 people on disability pension due to alcohol-related problems. Government experts estimate that the disability payments to such people add up to between 700 and 900 million euro each year. These payments come in the form increased social and health costs, as well as premature pensions.

This heavy drinking leads people towards early retirement, according to researcher Karoliina Harkonmaki from the Local Government Pensions Institute. Getting drunk more than once a week doubles the likelihood the person will want to stop work and apply for disability pension, states Harkonmaki. She studied 25,000 Finns over five years and found that as people turn to drinking they increasingly quit work and ask the government for handouts. This translates into a negative trickle-down effect on Finland’s society and a misuse of tax-payers’ money, she believes.