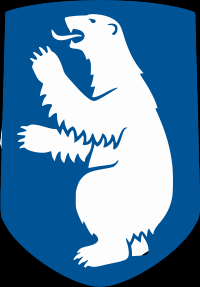 In an strong show of support for the referendum on self-rule last week, Greenlanders voted three-to-one in favour of beginning the process of severing its historic ties with Denmark and striking out on its own. Around 72 per cent of the island’s eligible voters took part, a surprisingly high turnout for the world’s largest island.

The Politiken newspaper showed the government figures for voter turnout, with 75.54 per cent in favour and 23.57 per cent against the new self-rule arrangements. There are 39,285 eligible voters in Greenland; and with nearly three-quarters making their voice heard, it’s fair to say that the majority of residents want to run things their own way.

Lars-Emil Johansen, a veteran Greenland politician, admitted the results were much better than he had expected. “The nation has now spoken. Now it’s not just two Greenland members of the (Danish) Folketing who are talking about independence,” Johansen said, implying that the referendum result was a direct step towards full independence.

Johansen thanked the Prime Minister Anders Fogh Rasmussen and the rest of the Danish parties in the coalition who had thrown their weight behind the referendum and helped to develop the self-rule measure.

This vote now opens the door to a possible future sovereign nation of Greenland. In the meantime the vote allows Greenland’s coalition government to take responsibility for more of its administrative duties, as well as complete ownership of its valuable and extensive natural resources. Greenlandic will replace Danish as the official language of Greenland.