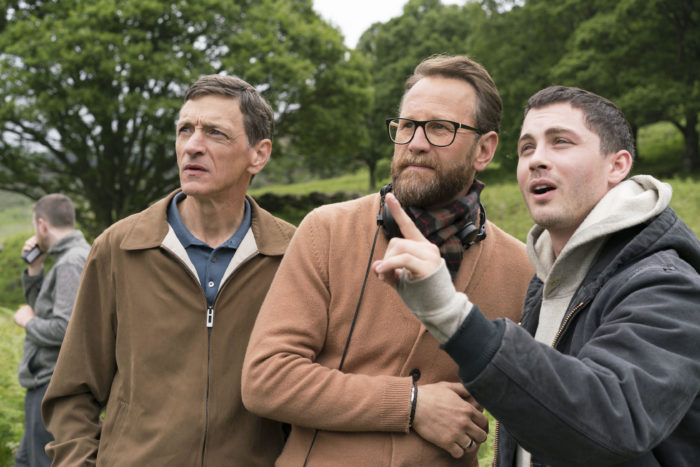 nd of Sentence, by director Elfar Aðalsteins, receives very positive reviews in leading film industry magazines such as Hollywood Reporter and Screen Daily, which picked it one of five buzzy titles from the Edinburgh International Film Festival which finished last weekend.

The film’s two leading actors, John Hawkes and Logan Lerman, are also praised in both reviews. Hawkes has quite a few films under his belt and was nominated for an Oscar for Winter’s Bones and young Lerman is best known for his role in The Perks of Being a Wallflower. Icelandic actor Ólafur Darri Ólafsson also has a small part in End of Sentence.

This is Elfar‘s first feature length film. “We’re very happy and grateful for the positive reception and that the audience in Edinburgh felt such a strong connection to the story. That’s of course the most important thing,” said the director. “Now, the offspring has left home and will hopefully travel around a bit. We will find out in a few weeks where the film will be shown next but these reactions will definitely have an impact on the journey ahead.“

End of Sentence is produced by Sigurjón Sighvatsson, Elfar Aðalsteins and David Collins and the Icelandic Film Centre supported the project with a post-production grant but all post-production was carried out in Iceland. Thus, the film is a coproduction between Iceland, USA and Ireland but most of the filming took place in Ireland.

Elfar is applauded for showing a steady hand at directing, which is considered impressive for a first feature film, and his style is likened to that of Alexander Payne, who directed e.g. Sideways. The director and cinematographer are also praised for showing the “lush Irish countryside with majestic aerial shots that manage to look ravishing without resorting to twinkle-eyed Emerald Isle cliché.“