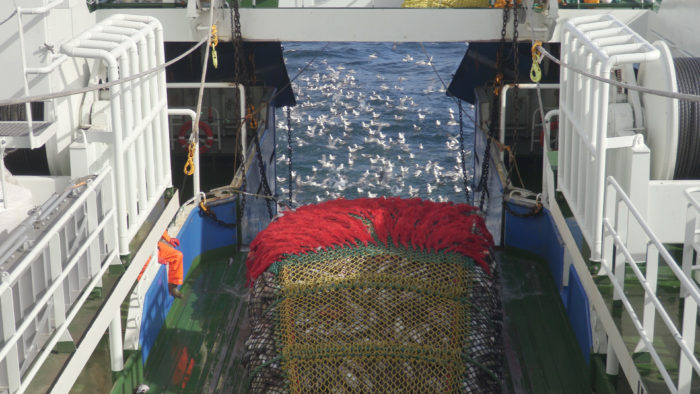 The issue of illegal, unreported and unregulated (IUU) fishing is not a new challenge and overfishing has led to an imminent crisis in fish stocks around the world, IUU fishing has lead to over-exploited and unsustainable fisheries.

The IUU term that captures a wide variety of fishing activities, but one might summarize that Illegal fishing is when a ship is engaged in unreported fishing, or incorrectly reported fishing that the relevant national authorities or organizations do not receive and violates applicable laws and regulations. These fisheries are often pursued by non-national ships or ships flying the flag of a state which is not authorized to engage in general fishing within the jurisdiction of a coastal state, or offshore fishing under the control of a regional fisheries management organization (RFMO).

These offenses happen in every level of the value-chain both at sea and in the land when the fish is processed and sold. According to 2018 figures, about 20% of all fish and fish products on the world market originate from illegal fishing, an estimated value of 23.5 billion dollars.

Globally Illegal fishing causes great economic and social damage to every nation-state facing this problem, distorting the markets, shedding the foundations of fish stocks, and causing the resource to dwindle. As much as this is a challenge for a country like Iceland, this is a particularly serious for smaller island countries in the southern hemisphere, as these island communities base their livelihood almost exclusively on fisheries, compromising their economy and food security.

Trade in illegally caught fish and its products are extensive and practiced across borders as the international community constantly calls counteracting action Iceland lead by local technology company Trackwell has responded, steadily securing its position as the worldwide leader in Fisheries Control Systems.