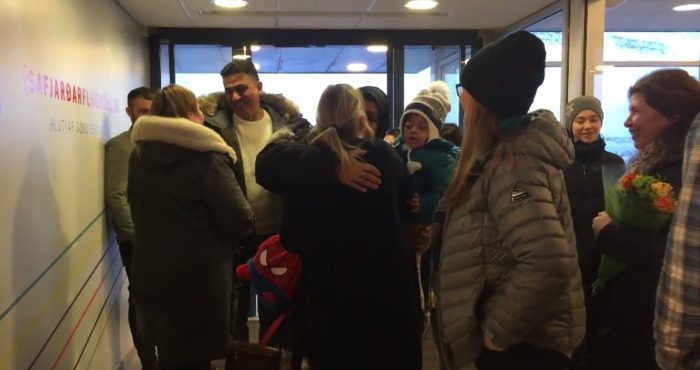 When Murtada Al-Saedi disappeared without trace in his home country of Iraq, everyone thought he was dead. His wife, Hanaah, and their five children, knew they too were at risk.

The family fled to Jordan as refugees, where they were safer but no more  certain of their future. Eventually, they would be among the quota refugees invited to go and start new lives in Iceland.

So, in spring 2018, they set off on the long journey to Súðavík, in the Westfjords region of Iceland. It is hard to imagine a more different environment, but the family soon adjusted to life and started making friends—both among locals and among the other new families from Syria and Iraq.

After the shock and heartbreak of losing her husband, Hanaah’s life would shatter again last autumn—this time with joy—as her brother sent her an unexpected message: a photograph of Murtada, alive and seemingly well.

The family and their friends in Iceland immediately set about requesting permission to reunite the family. It took a while, but Murtada was finally reunited with his wife and children after three years, last week at Keflavík International Airport.

When they arrived back at Ísafjörður domestic airport a day or two later, a crowd was waiting to greet the man who was thought dead for years. The children’s classmates has even been given time off school to go to the local airport.

Murtada told reporters he had been kidnapped and held hostage for over two years without any contact with the outside world. He, too, must have had a surprise when he first found out his family now lives in Súðavík.