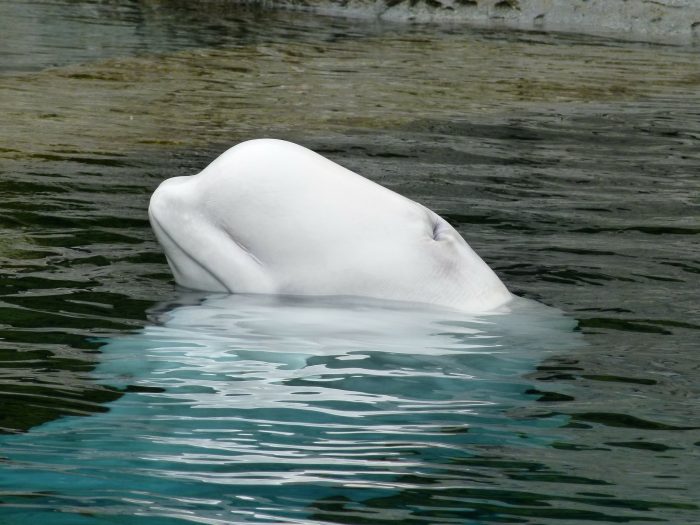 The 12-year-old pair have been in captivity at Shanghai’s Changfeng Ocean World since they were very young and are trained performers—alongside the park’s sea lions.

When Merlin Entertainments took ownership of the park in 2012, the company was faced with a dilemma in the form of its pledge to not keep whales at any of its attractions. Little White and Little Grey were too tame to ever be released into the wild.

It was decided to find the whales a new, more natural, home in the sea, but that was easier said than done. The new whale sanctuary needed to be sheltered, clean, secluded, and deep. Surprisingly few places fit the bill and Heimaey in Iceland’s Westman Islands was eventually chosen.

The whales will arrive to their new 32,000 square metre sea pen this March and local tourism officials are already waiting gleefully, because visitors will be welcome, despite the fact that the whales will no longer be made to perform tricks.

They will live in the same harbour that Keiko the killer whale from the Free Willy movies called home before his eventual, unsuccessful, release back into the wild. Little White and Little Grey will not be released fully into the wild. If things go well, they may eventually be joined in their almost-completely-natural new home by other retired performing whales.

The nearly-10,000-kilometre trip will be made on a specially-prepared and liveried Cargolux Boeing 747 transporter—as well as two truck trips and a ride on the Westman Islands ferry. It is expected to take about 24 hours and will be a very draining and stressful experience for the whales.

For that reason, Little White and Little Grey have been in training for months; physically and mentally preparing for their long trip and their new, more active lifestyle in Iceland.