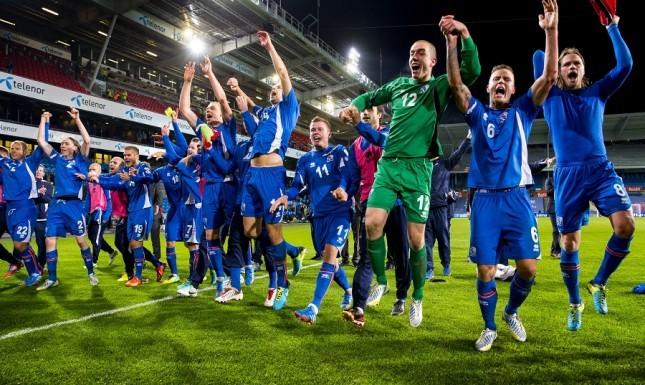 After an even match last night the Iceland National football team finally scored and secured a victory over the Croatian team by scoring a goal at the very end of the game.

Although Iceland is one of Europe’s smaller football nations, the football team has enjoyed success in the 21st century. However the Croatian team has long been seen as a major obstacle for the team. Especially since the qualifying rounds for the 2014 FIFA World Cup, when Iceland reached the play offs before losing to Croatia.

This victorious match was in Iceland on the home turf of the Icelandic team in Laugardalsvollur stadium. The match played out evenly throughout the first half, and for much of the second half, with both teams playing strong defence. In the last minutes of the game Hordur Bjorgvin Magnusson (Iceland) scored with an attempt from the centre of the box to the high centre of the goal. Assisted by Gylfi Sigurdsson with a cross following a corner. With this victory Iceland and Croatia are even in the tournament, both teams have 13 points and Iceland will go on to compete for the qualification for the 2018 World Cup in Russia.

The Icelandic fans went wild with excitement and the team members and fans joined hands in the famous “HUH” clap, which has become a ritual between the Icelandic team and its supporters since the Icelandic football miracle one year ago. The Iceland men’s national football team has actually not lost a game in their home stadium since they were defeated there by Slovenia in June 2013. This is the fourteenth victory in a row for the team in that stadium.