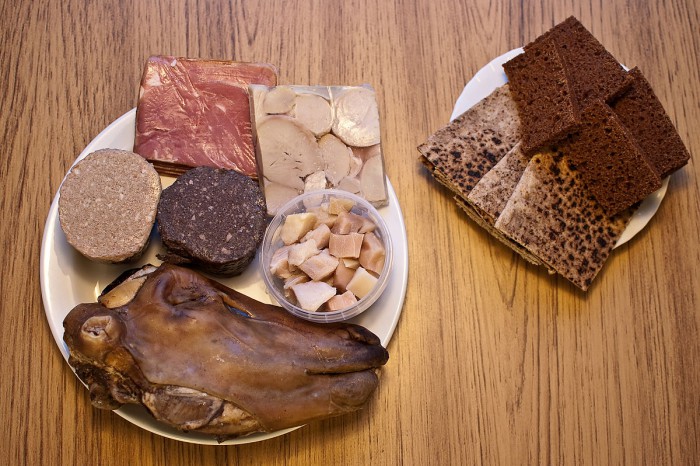 According to the Old Norse Calendar Iceland has entered the month of Þorri, the high winter month when Icelanders feast on traditional delicacies such as fermented shark, wind dried fish, scorched sheep-heads, rams’ testicles and sheep meat cured in lactic acid to be washed down with Brennivin, the traditional Icelandic Caraway snaps.

Icelanders of old needed to be thorough in utilizing every inch of their beloved sheep. During Þorri and the following Góa the provisions from the fall harvest were at an end and the preserved goods were left on the menu with side dishes consisting of dark rye bread, potatoes and the hardy sweet yellow turnip called rutabaga or lovingly named “rófa”, tail in Icelandic.

Þorrablót are festivities held around the country during Þorri. Every village, however small, has a Þorrablót committee preparing the festivities with poetry, music and comical amateur acts highlighting any mishaps in each local community. People gather in their finest in the communal houses and enjoy a night with a buffet of traditional treats.

January 22nd is named Bóndadagur, the day of the husband, and marks the beginning of Þorri, which lasts until February 21st. That day is in turn called Konudagur, the day of the wife. Konudagur marks the beginning of the fifth winter month; Góa, during which the return of the daylight becomes tangible and spring seems to be just around the corner.