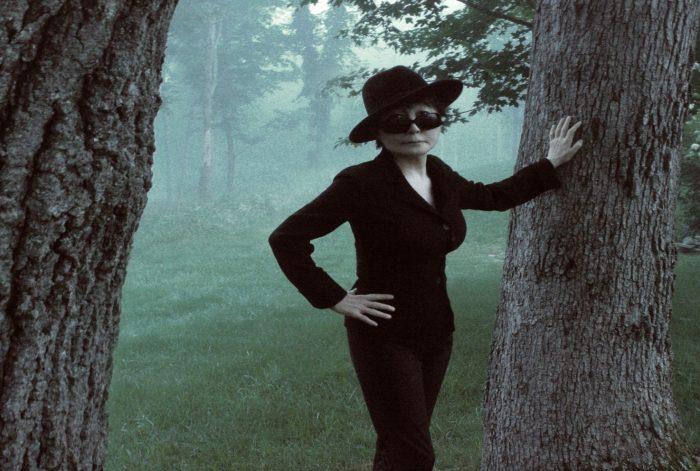 Icelandic artist Ragnar Kjartansson took the opportunity to jest when asked to participate in Yoko Ono’s art exhibition in Reykjavik Art Museum, one of three which opened last week. The show in question is very much involving the local and international community, the art public and visitors alike. There is a work where Ono made an open call to women asking them share their stories of abuse, a work where Ono commemorates mothers and asks the public to share their thoughts about their mother directly on the museum wall, and many more. In the work in question Ono asked local artists to supply a work, vessel water as stated in the letter quoted below:

My dear fellow artists, I want to ask you to supply a vessel for the water to give to specific people, either to heal their minds (such as in the case of warlords), or appreciate their courage in speaking out (such as in the case of grassroots activists). It can also be given to a specific person, people, or the land in desperate need for water (love). You and I will supply the water. Each work will be exhibited in the museum, with the dedication attached to it.

Lets have fun in doing this together.

My love and respect to you. 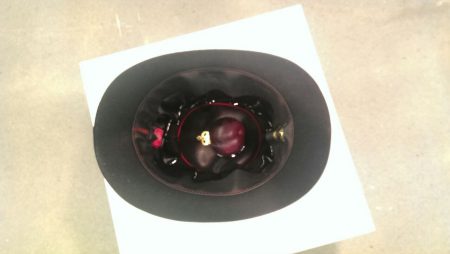 A Single Plum, Floating in Perfume, Served In a Mans Hat by Ragnar Kjartansson 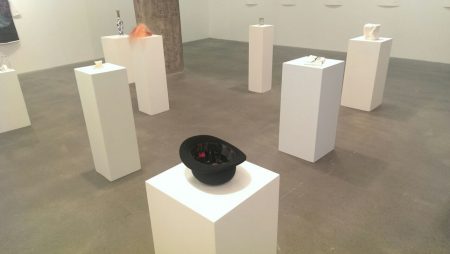 Yoko Ono asked a host of Icelandic artists to make a work dedicated to herself and twelve of them are presented in the museum; Egill Saebjornsson, Finnbogi Petursson, Helgi Thorgils Fridjonsson, Hildigunnur Birgisdottir, Hrafnhildur Arnardottir (aka Shoplifter), Hreinn Fridfinnson, Margret Blondal, Ruri, Sirra Sigrun Sigurdardottir, Solveig Adalsteinsdottir Styrmir Orn Gudmundsson and finally Ragnar Kjartansson who realized the qoute from the Simpsons where Yoko Ono sits in Mo’s bar and is promptly served a single plum, floating in perfume, served in a mans hat as she requested.

Ono’s exhibition is titled YOKO ONO: ONE MORE STORY… and runs trough February 5th 2017. On the museums website curator Gunnar Kvaran wrote: “The exhibition aims to reveal the basic elements that define Yoko Ono’s extensive and diverse artistic career – a voyage through the notion of art itself, with a strong social and political engagement. On one hand there are the ‘Instruction’ pieces, which ask questions about the conceptual principles behind the work of art, highlighting its ephemerality while de-sanctifying the object, as well as enlisting the participation of spectators in its material realization. On the other hand there are the narratives expressing Yoko Ono’s poetic and critical vision.”