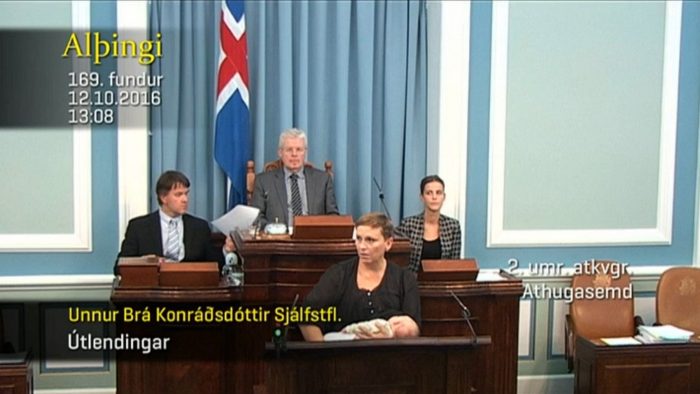 Unnur Bra Konradsdottir congresswoman for the Icelandic independent party brought her newborn baby daughter with her to work today. This is considered normal practice for working mothers in Iceland, its unusual however, for an MP to breastfeed while participating in a debate in parliament. Today the discussion and vote revolved around a new legislation on foreign nationals in Iceland. While the debate generated some fiery discussions among present parties, the baby girl didn’t stir under the debate but remained calm on her mother´s arm. They baby was born to Konradsdottir and her husband on the first of September and has two older siblings.