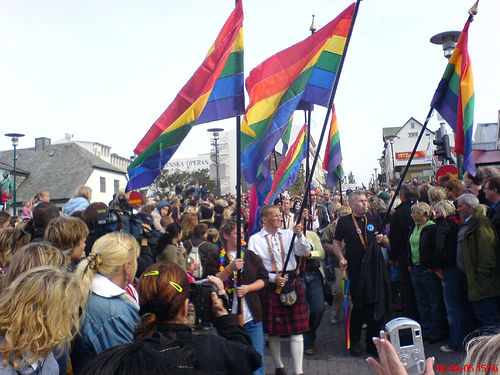 The Prime Minister of Fiji, Frank Bainimarama, has garnered much attention in international news with his statement that same-sex couples that wish to marry should do so in Iceland. According to news sources from Fiji and New Zealand, the Prime Minister’s exact words were: “If a woman wants to marry another woman, they should go and have it done in Iceland and stay and live there.”

Bainimarama’s declaration came in response to human rights activist and director of the Fiji Women’s Crisis Centre, Shamima Ali, who was arguing for the legalization of same-sex marriage in Fiji. The Prime Minister’s attitude toward the issue was abundantly clear in his language, as he emphatically stated, “Fiji doesn’t need that rubbish.”

Ali responded in turn to Bainimarama’s comments, condemning them as “regressive” and discriminatory towards the LGBT community. Sexual activity between same-sex couples has been legal in Fiji since 2010, but marriage and civil union remains outside the law. In Iceland, on the other hand, same-sex couples have been allowed to register partnerships since 1996 and marry since 2010.