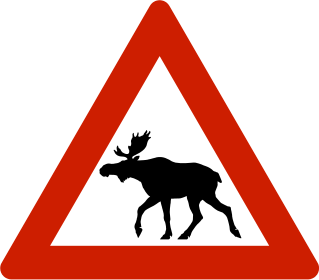 Drivers in Sweden have been advised to watch out for elks on the hunt for sex when travelling on the country’s roads.

During the mating season from late September to early October, thousands of elks in Sweden go on the prowl for a partner; however, the hunt does not always end successfully as many animals end up being hit by vehicles.

To date this year, 2,709 elks have been killed on the Scandinavian country’s roads this year, in addition to 23,230 deer and 1,819 wild hogs, revealed the National Wildlife Accident Council (Nationella Viltolycksradet). There were 47,167 fatalities overall in 2014.

National Wildlife Accident Council (Nationella Viltolycksradet) spokesman Anders Blomgren said that this is the time of year the elks travel the most as they’re looking for a mate, and that the number of deaths usually peaks in the autumn. He went on to say that one of the reasons is that elks were most active at dusk and dawn, the same time the roads were at their busiest.

The National Wildlife Council has started an initiative to warn drivers of the elks and advise them to watch their speed. Blomgren noted that if a driver is travelling at 90km/ph and an elk stepped out in front of the moving vehicle, the animal wouldn’t stand a chance.