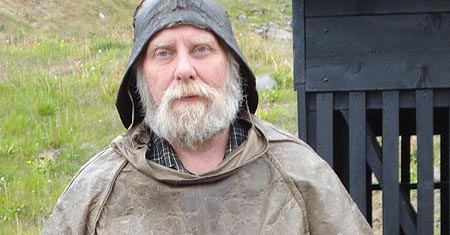 The majority of Icelandic fishermen say that they are happy in their workplace, according to a recently released poll by Gallup.

The survey showed that most Icelandic fishermen were happy at work, with 86.4 per cent saying they were very pleased at work and 51.5 per cent describing themselves as rather pleased. Some 3.6 per cent, meanwhile, said they were either very or somewhat unhappy. When it comes to the career path chosen, 78.7 per cent admitted they were extremely pleased they were in the fishing industry, while just 6.1 per cent said they regretted their decision to get into it.

Captains and chief mates were generally happier in work, while sailors over the age of 55 were 50 per cent more likely to be happier than those in the 18-34-year-old age bracket to be happy. This showed that only those who really enjoyed the profession kept at it, or that over time fishermen became fonder of the sea.

Fishing is one of the main professions in the North Atlantic country. Statistics Iceland data showed that 4,400 people, which equates to 2.5 per cent of the nation’s workforce, is a full-time fisherman. Furthermore, the number of sailors has remained fairly constant since around 1900, with around 4,000 people working at sea on 1902. However, the total catch has gone up significantly, as has the country’s population. Some 23 per cent of 15-64-year-old men worked at sea in 1900.