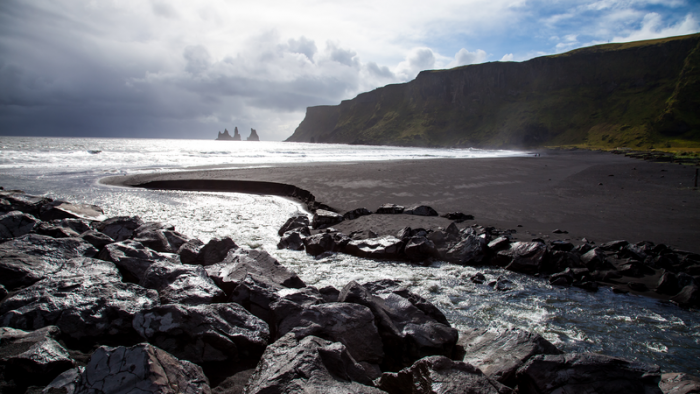 A Canadian traveller was rescued in the sea off Reynisfjara beach in southern Iceland on Wednesday after he and three tour guides were swept away by a huge wave.

The three tour guides were eventually able to bring the man to shore before the situation worsened. Another local guide has now said the area should be closed to tourists on stormy days that bring rough waters. Reynisfjara’s stunning cliffs and black sand draw foreign visitors to the village of Vik, but the sea can be extremely dangerous at times.

Local guide Marten Ingi Lovdahl told the Icelandic Broadcasting Service that his colleagues went down to the beach to warn the tourist of the dangers of the water, before they were all swept away by a wave. He said that they then grabbed him but all four were then swept into a cave by another gigantic wave.

The men compared the experience to being spinning round in a washing machine, while the Canadian man, who lost his camera in the incident, was grateful for the guides’ quick work.

Lovdahl noted that he saw many visitors walking too close to the sea on bad days, and that the waters could easily sweep them away in an instant. He added that the area was too dangerous for people to be in without a guide as most were completely unaware of the dangers.