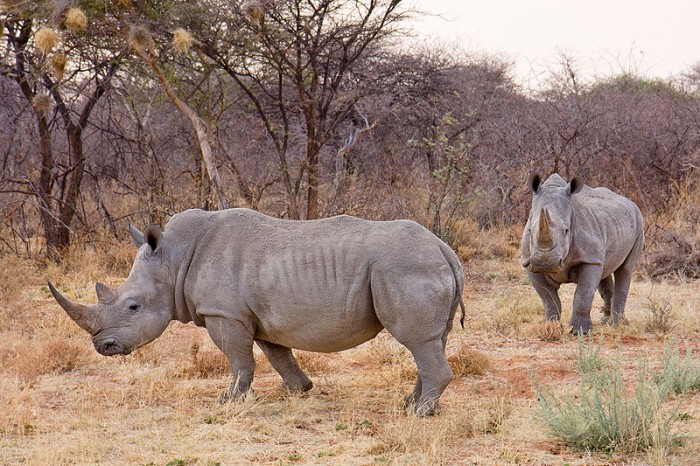 A Swedish photojournalist and a German reporter were briefly detained by Mozambican police after an incident involving a suspected poached rhino.

Angry villagers took Swede Torbjorn Selander and German Bartholomaeus Grill to the local police in Mavodze after becoming suspicious they were spies. Grill said later that they were arrested in the village, near the renowned Limpopo National Park, when they were seeking out a man known as the “kingpin of rhino poaching” in the area.

Grill, the African correspondent for German magazine Der Spiegel, explained that when the locals handed them in at the police station, they were shouting, “Put them in a cell”. However, with the assistance of the Swedish and German embassies as well as senior police officers, they were later released.

Grills said that the suspected kingpin has 10 gangs of poachers and is treated like a godfather in the village because of the amount of money he brings its people. Although the journalists did not actually enter the man’s house, he filed trespassing charges against them.

Mozambique is home to a large number of poachers who are hired and then supplied weapons by transnational crime groups so they can cross into South Africa to slaughter the rhinos.

The village of Mavodze is not far from Limpopo National Park, which sits opposite South Africa’s renowned Kruger National Park on the border between the two countries.

Although South Africa is home to the largest rhino population in the world, the scourge of poaching has increased in recent years as a result of the high demand from Asia for rhino horns, which are believed to contain medicinal properties to cure cancers.