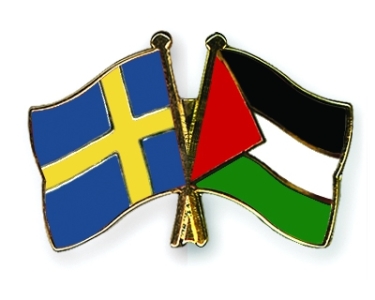 Sweden’s King Carl XVI Gustav has paid homage to Palestine on its National Day, just weeks after the Scandinavian country officially recognised Palestine as a state.

The king told Palestine President Mahmoud Abbas on Saturday that he wanted to send his best wishes for his health and happiness as well as for the future prosperity of the Palestinian people.

Palestine celebrates National Day on 15 November as it’s the anniversary of Yasser Arafat’s unilateral declaration of independence in 1988.

Sweden’s Royal Court explained that it was standard procedure for the head of state to send all countries messages via the Foreign Ministry on their national days. It added that as Stockholm had recognised Palestine since 30 October, a message had been to Mahmoud Abbas.

The move to officially recognise Palestine angered Israel, which withdrew its ambassador to Sweden from Stockholm.

However, Swedish Foreign Minister Margot Wallstrom explained at the time that by recognising Palestine they could help put the warring states on a “level playing field” so as to improve peace talks. She said that those who were in support of negotiations rather than violence would gain hope from the move as they would now believe in an alternative to violence.