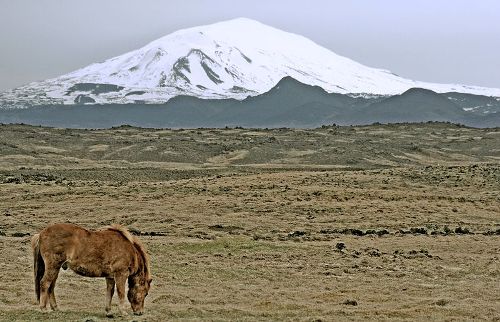 Hekla volcano, one of the most active volcanoes in Iceland, could be ready to erupt in the near future, claimed a geologist from the University of Iceland.

A key factor in working out a volcano is close to erupting is a bulging surface on the volcano’s northern side. This surface tells researchers that magma from under the volcano is rising – pushing up the surface as it pipes and fractures beneath the volcano.

GPS monitoring of the bulging surface revealed there is currently more magma underneath the volcano than before the last time it erupted, back in 2000. Pll Einarsson, a geophysicist at the University of Iceland, said in a report last week that Hekla “could erupt soon”.

Geoscientists in Iceland monitor Hekla’s situation closely because it is renowned for erupting without giving much notice. In 2000, the volcano exploded just 79 minutes after the first warning earthquake. However, the most recent warning is the latest in a number of recent warnings based on the volcano’s background.

Volcano researchers and enthusiasts have been anticipating an eruption since swelling in 2006 hinted that new magma was present. There were similar reports of surface swelling in 2011 and 2013, but there has yet to be an eruption.

Hekla volcano has erupted more than 20 times during the past 1,200 years. The last eruption, which lasted for almost two weeks, started on 26 February, 2000.