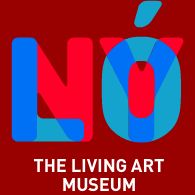 Press release: TREE  / Difficulty of Freedom / Freedom of Difficulty, an art exhibition by Hildigunnur Birgisdóttir (IS), Carin Ellberg (SE), Erla S. Haraldsdóttir (IS), Steingrímur Eyfjörd (IS), Helena Aðalsteinsdóttir (IS), Ívar Glói Gunnarsson (IS), Logi Leó Gunnarsson (IS), Brynjar Helgason (IS), André Talborn (SE), Ann Catrin Olsson (SE), Helena Öström (SE) and Stina Malmqvist (SE).
Paired together two by two, the participating artists and art students have been sending simple instructions to each other via email, every third week since June 2013, and will continue to do so through September 2013. Their assignments are based on systems, which they develop within the framework of contemplating about the phenomena of “The Tree of Life”, given by the project leaders to be used as point of departure for all their assignments.

Examples of these instructions could be: “Grow a sprout and pay attention to all the details”, “Combine breath with the colour purple”, “Make a mandrake (the plant) and use 9 different tones of green”, “Find a Tree in your neighborhood and listen to it”.

Now the participants will meet for the first time and display the outcome of the instructions at the  Living Art Museum in Reykjavík on 12 September at 18.00.  An artist talk about the project  will be held Saturday 14 September 16.00.

The concept of the project is aimed at casting light on the emergence of using alternative methods as part of the artistic practice. This collaborative project focuses on the idea of creation through restraints and restrictions by means of invented, internal systems. The purpose is to motivate the participants in developing an arsenal of tools for actively choosing different creative approaches rather than passively waiting for inspiration. The project is about how, in a practical ways, to provide artists with the experience of using methods imposed on our work and realize in which ways this alters our work and in which ways it doesn’t. The aim, in a progressive sense, is to subvert our own approach and make us see and use possibilities within limitations. By participating in this workshop, the artists dedicate themselves to the task of investigating the difficulty of freedom and the freedom of difficulty, and in the words of Raymond Queneau: “Become a rat who yourself builds the maze from which you set to escape”.

The concept of the Difficulty of Freedom / Freedom of Difficulty project derives from the literary group OULIPO, which was founded in 1960 in France. The members of this historical group invented constraints and restrictions and used them in the process of writing literature. These formal restrictions were open for everyone to use in their creative endeavours.

Difficulty of Freedom / Freedom of Difficulty is a research project, initiated and developed by artist Erla S. Haraldsdóttir. The project is funded by Umeå Art Academy in Sweden. All participants are from Iceland and Sweden. Birta Guðjónsdóttir has selected the Icelandic participants.