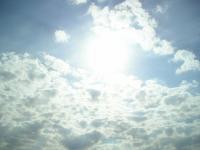 In an alarming sign that global warming is an immediate and present reality, an ancient ice cave located at Lake Inari has melted this year for the first time in living memory. The cave, located on Finland’s island of Korkia-Maura has been a traditional Saami site for the summer storage of food such as fish and game for generations.

The Helsingin Sanomat newspaper has reported, however, that the ice cave has now melted into a pool of water. Finnish geologist Aimo Kejonen from the Geological Survey of Finland has been studying the ice cave for 20 years, and puts the blame for the surprise melt-off squarely on global warming.

“As a consequence of global warming, the cold reserves formed over the winter are smaller than before. The freezing mark on the wall appears to have come lower over the past few years,” Kejonen remarked.

The ice cave first formed during the Little Ice Age around 1,000 years ago. The cave is about three metres high and 15 metres long, and usually contains an ice layer up to two metres thick on its walls. The indigenous Saami people have long used the cave to keep their meat fresh as the ice remained intact in the summer.

Kejonen told Helsingin Sanomat that although the water in the cave’s pool will probably freeze again over the winter, it will also most likely melt again next spring. “It may be that the ice in the cave will thaw every year from now on,” he speculated.