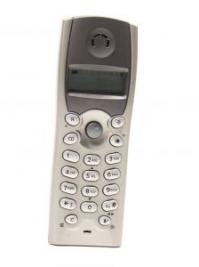 The case involves a golf trip to Spain in 2004 for three military officers which was paid for by the company.

The Norwegian National Authority for Investigation and Prosecution of Economic and Environmental Crime said the expenses paid for the trip for three military officials totalled about 20,000 kroner.

However their lawyer has hit back at the charges in which two of the company’s employees are to be fined 75,000 kroner, while the police have dropped their enquiries into the three military members.

Siemens’ lawyer Ellen Holager Andernaes told AFP; “the company has not decided yet whether it will accept a trial or not but my advice to them will be… to have the case (taken) to court.”

“That is my advice because I consider that it is not corruption,” she added.

It’s not the first time Siemens have been embroiled in corruption charges and slush funds allegations after a similar case surfaced in 2006.
Siemens in Germany has been hit hard by charges of corruption since 2006. German investigators determined that there was widespread practice among Siemens’ divisions to make payments to obtain foreign contracts.

They subsequently acknowledged initiating an internal probe into more than 1.3 billion euros in ‘missing funds’.