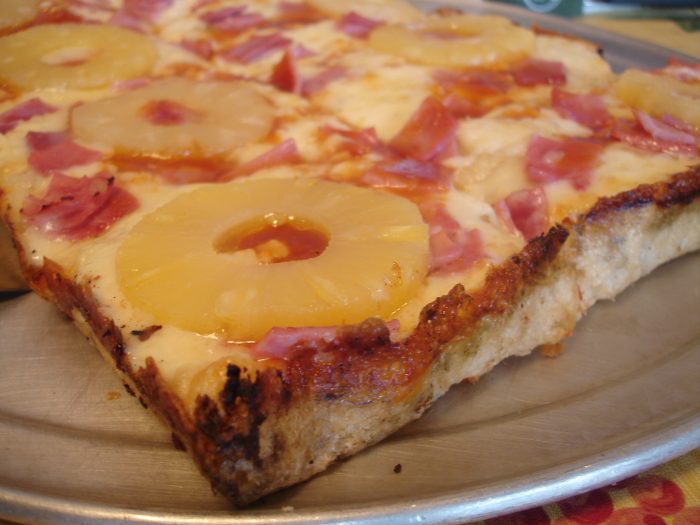 Its official, President Gudni Th Johannesson likes Cod as a pizza topping but dislikes pineapple. By remarking that he would ban pineapple on pizza if he had the power to do so, Iceland’s president stirred up an international media storm and fierce discourse, for and against pineapple as a pizza topping both on social media and in comments on international online news outlets.

Generating thousands of comments and polarizing readers of Guardian, Washington Post, Huffington post, NBC26 and CNN to name only a few. The controversy has become known as “Pineapple pizza gate” spurred by his remark: “I would ban pineapple-pizza if I had the power to set laws”

A satirical petition was promptly launched urging the president to resign because of his extreme views on pizza toppings and according to a DV report, 53 individuals have signed it. He since went back on his statement and took to social media posting the following “statement on the pizza-controversy” on his Facebook.

Gudni Th Johannesson and his family – Not having any Hawaiian Pizza.

“I like pineapples, just not on pizza. I do not have the power to make laws, which forbid people to put pineapples on their pizza. I am glad that I do not hold such power. Presidents should not have unlimited power. I would not want to hold this position if I could pass laws forbidding that which I don´t like. I would not want to live in such a country. For pizzas, I recommend seafood.”

President Johannesson has become beloved in Iceland. A former History Professor at the University of Iceland, his approachable and sympathetic approach to office has won the heart of the country. He turned down a pay raise, and then donates 10% of his salary to charity. Shortly after assuming office he also became the first President of any country to march in a Gay Pride parade and he welcomed refugees from Syria in his home with his family to welcome them to the country.