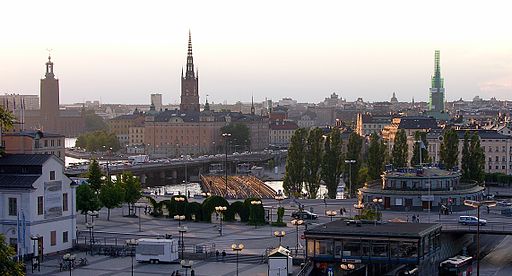 Swedish Prime Minister Stefan Löfven has reacted to a remark made by US president Donald Trump’s during his rally in the state of Florida past weekend. Löfven said that he was “surprised” by  President Trump’s remarks that seemed to attribute a supposed rise in violence to the arrival migrants and asylum seekers in Sweden.

“I was, like many others I believe, surprised by the comments made about Sweden this weekend,” Löfven said during a joint press conference in Stockholm with visiting Canadian Governor General David Johnston, according to The Local report.

The comment puzzled Swedes who took to social media in mockery as nothing major had happened there on Friday evening.

Prime Minister Löfven went on to say “We have opportunities, we have challenges, we’re working (on) them every day. But I think also we must all take responsibility for using facts correctly, and for verifying any information that we spread”

(Photo shows the skyline of Stockholm)