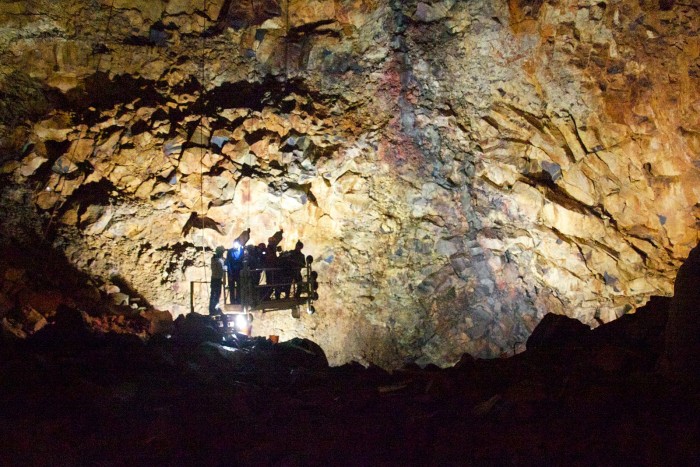 The Secret Solstice festival keeps pushing the boundaries of what’s possible for a music festival. This year the organizers announced a concert inside the magma chamber of Þríhnjúkagígur, a dormant volcano – yes, another one with a complicated name. Last year they used an ice cave under the icecap of Langijökull as a concert venue. Now seem to have outdone themselves. They take the aim for the most exclusive of exclusive experiences; in 2015 they launched the world’s most expensive festival ticket as a never-before-seen festival experience. For some it seems, a $200,000 festival experience wasn’t enough, so this year they have come up with something even more spectacular.

At $1 million USD, they have announced the world’s most expensive festival ticket, an astonishing experience for only six individuals. We wonder if it’s a world record? Its an all inclusive ticket, return business jet transport from anywhere on the globe, two private concerts only for the ticket holders, access to sold out world-first side events, private Icelandic tours and nature experiences, and more. Here’s some of what this extravagant festival ticket includes according to the festival’s blog:

And more to be announced they say…

Of course, not all of us have a cool million to spend on festival memories. The rest of us can still experience the summer festival of a lifetime from “only” 24,900 Icelandic krona (approx. £134/$199/€176). Festival dates are 16th-19th of June 2016, regardless of what ticket you’ve got in your hand. Find the lineup here.