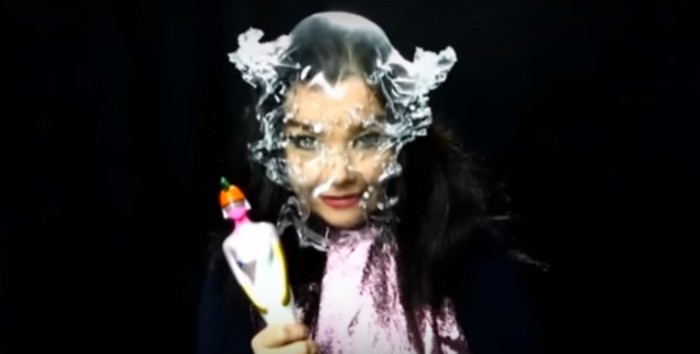 Björk Guðmundsdóttir was endowed the title Best International Female Solo Artist at the recently held Brit Awards. “I’m so sorry I cant be there tonight, I’m recording.” she said via video call, not being able to receive the award in person at the O2 concert hall in London; “But thank you so much to the tremendously friendly Britain for the absolutely best title ever. I’m going to enjoy very much being the Best International Female for a whole year. I’m very honoured, thank you.”

This is the fifth time Björk is nominated that same title, this year was the first time she receives it. She was up against artists Ariana Grande, Courtney Barnett, Lana Del Rey and Meghan Trainor. It was teary-eyed Adele that was the undisputable winner of the award event this year, nominated for five awards and receiving four.

The Event this year was dedicated to the late David Bowie this year, vocalist Annie Lennox and actor Gary Oldman remembered Bowie in their heartfelt speeches and Oldman recived the honorary award on the his behalf.

Newer PostWhaling is out this Summer
Older PostBDSM in Iceland