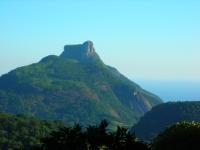 Eric Roland Larsson, a 69 year-old Swede who had been working and living in Colombia when he was kidnapped nearly two years ago by FARC rebels has finally been released. Larsson was apparently the only remaining foreigner being held by the Revolutionary Armed Forces of Columbia, or FARC.

Although the exact reasons for his release remain unknown, FARC has been severely crippled in recent months by a tough government crackdown campaign to wipe them out that has claimed the lives of several high-ranking FARC leaders. Larsson was working in northern Colombia on a hydroelectric project when he decided to settle down in the area several years ago.

After he was first kidnapped, FARC demanded USD 5 million for his release. Colombia’s DAS security agency worked closely with Swedish police to finally secure Larsson’s release though his son could not confirm if any ransom had been paid. Larsson is expected to be back in Sweden within a week.

Larsson is currently in Bogota in hospital, where he is said to be partially paralysed from the ordeal. DAS members had to carry him out of the jungle after he was handed over. ”He is in a delicate state of health and at this moment is being evaluated by a medical team in the city of Monteria. He will later be transferred to Bogota,” the DAS said in a statement reported by SR International when he was first released.