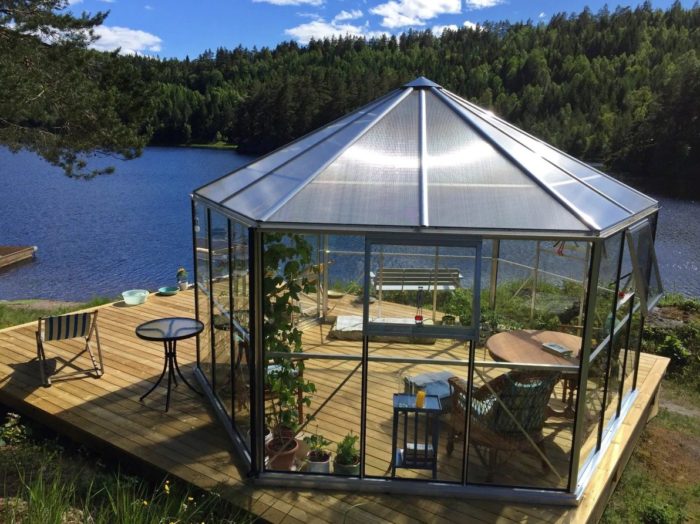 Sweden leads personal greenhouse usage in the Nordics, followed by Denmark and Finland. In Sweden, many households have greenhouses, allowing them to grow their own fruits, vegetables and herbs all year round.

This trend is evident across the rest of the Nordic region; in Denmark and Finland, more than 30% of households (Nordic Statistical Yearbook) have at least one greenhouse. Greenhouses in these countries use various advanced technology systems, such as geothermal heating and LED lighting, which allow for greater efficiency and productivity. This is why personal greenhouses are so popular amongst homeowners in the Nordics – they save money on food bills and contribute significantly to environmental conservation efforts.

“Greenhouse usage in Denmark has increased significantly over the past decade. This is largely due to Denmark’s commitment to sustainability and renewable energy sources,” comments Brian Ulstrup, CEO of Hobby Driv Huse in Denmark. He continued, “We saw a significant increase in the set-up of greenhouses for personal use during COVID, and the trend seemed to keep going last year.

According to recent figures, over 33% of households in Denmark and Finland have at least one greenhouse. This is significantly higher than in European countries such as Germany and France, where only around 10% of households have greenhouses.

Why the numbers are so far apart is another story and can be attributed to the fact that it allows individuals the freedom to grow their own fruits, vegetables and herbs all year round at a fraction of the cost of buying them from stores. Additionally, the local governments have been running some incentive programs. On top of this, many of these greenhouses are equipped with advanced technology systems such as geothermal heating and LED lighting, further increasing energy efficiency and productivity and users’ ability to run them has become increasingly simple.

Finally, the Nordics are environmentally conservative and willing to reduce CO2 emissions and food miles that come with transporting products from other countries.

Image is taken from https://hobbydrivhuse.dk/