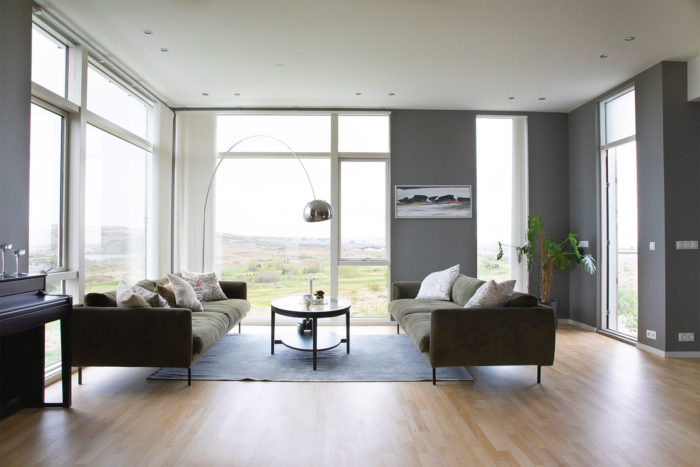 A recent advertising campaign has got the people of Iceland and beyond talking due to its creative use of items hidden in plain sight throughout the real-estate listing of the owner of Blush, an intimate store based in Reykjavik.

The advertising campaign is the brain-child of the Icelandic Disruption® agency, Pipar\TBWA, which was given the task of advertising products by the intimate store, Blush. But, due to online advertising services having strict policies about advertising specific products, the agency had to get creative.

Speaking with the creative news outlet, Muse by Clio, Agga Jónsdóttir, the Creative Director at Pipar\TBWA, discussed more about the campaign.

Blush’s owner listed her house for sale in Icelandic newspapers, which included the usual series of interior photos viewers might expect. While it initially appears to be a typical house listing, upon closer inspection, various personal toys can be seen on bookshelves, the shower, and the kitchen, and the computer mouse was not a mouse.

Jónsdóttir explains about the campaign titled, ‘Spot the Difference’, “We wanted people to have some fun finding all the toys because some of them were not spotted the first days.”

“When we finally launched the campaign, Gerður [owner of Blush] did an Instagram story about our plan and goal to normalize sexual health. Gerður was quite nervous that people would not spot the toys the first day, but after 24 hours, everything went quite crazy. A game launched six days later with still-life images for consumers to ‘spot the difference’ and find all the toys. The winner got a Blush gift certificate.”

Campaign pics, which made it through to social media and OOH, have solid color backdrops and combine luxe items like jewelry, makeup, cocktails, bejeweled sunglasses, champagne, and macarons with toys from Blush’s website.

The brief from Blush to Pipar\TBWA was to sell a positive and healthy experience, promote sexual health and healthy attitudes towards sex, and find a way to promote it without breaking the rules. “I think we managed that quite well,” said Agga Jónsdóttir.