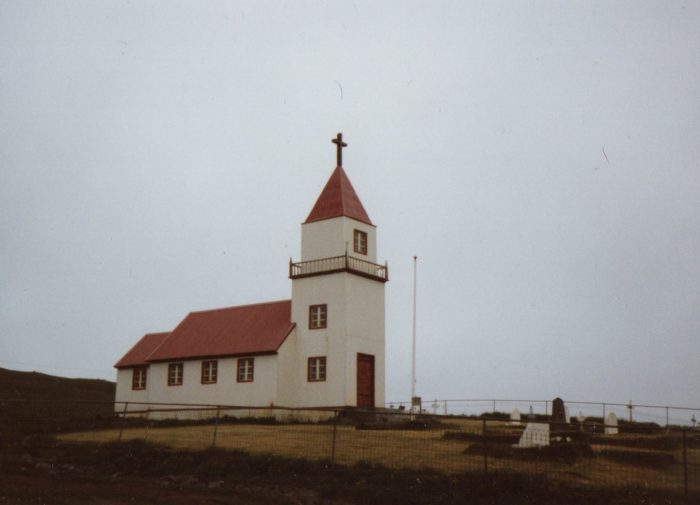 On Tuesday 21st September, a fire broke out which destroyed the historic church on Grímsey, an island 40 km off the north coast of Iceland. Fortunately, no one was injured.

It only took 20 minutes for the blaze to burn the church to ashes, with no valuables able to be saved. According to Grímsey Fire Chief Svafar Gylfason, the source of the fire is unknown, yet believed to be started by electricity, stating, “It was heated with electric heaters…no other explanation seems possible.”

An obvious culprit would be arson, yet Gylfason believes this to be far-fetched. However, a team from the investigative unit of the Northeast Iceland Police Department will arrive on the island to take a look at the scene.

“Everything was engulfed in flames when we arrived,” explained Gylfason.“About five minutes after I arrived, the [church] tower collapsed. [The church] burned down in about 20 minutes…Unfortunately, nothing could be done,” Gylfason explained further.

The church was constructed from driftwood in 1867, with additional construction in 1932. In 1956, the church underwent a major renovation where it was reconsecrated. The church was given the official protected state in 1990.