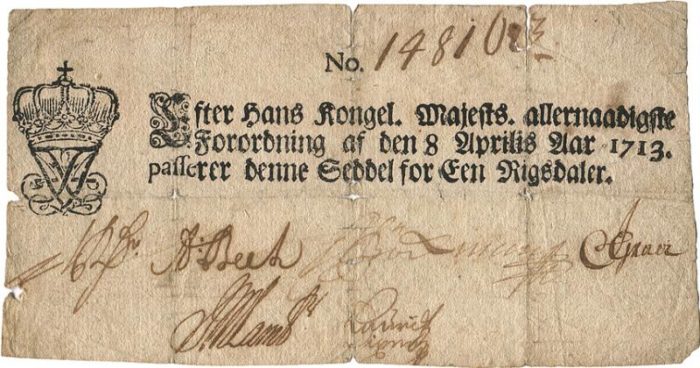 According to the auction house, Bruuns Rasmussen in Copenhagen, Denmark’s first-ever banknote produced was sold for just over 22,800 Euros (170,000 Danish Kroner) on Monday evening.

It was noted that the banknote was previously estimated to be worth between 60,000-80,000 Kroner, which lead to a surprise for some when the final selling price hit 170,000 Kroner.

The note issued in 1713 holds significant historical value as it was the first time in Denmark that money no longer needed to be silver or gold but could also be made using paper. It was labeled as being in good condition, with clear signatures, both printed and handwritten value statements.

Before this, Denmark and Norway had been using silver coins to exchange and cover funds for expenses for the war. Denmark followed the model used in France and issued paper money by the state.