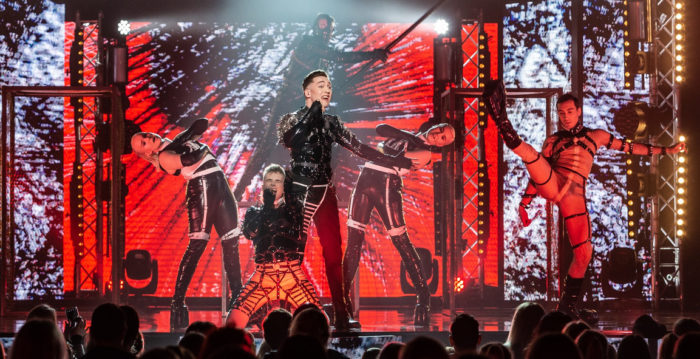 As the dust settles after this year’s Eurovision Song Contest controversy, different voices and opinions are emerging that are as varied as Europe is, and indeed a variety of Eurocentric fans flocked to Israel to enjoy the music and hospitality of Israel.

Iceland’s competitor, Hatari, performed with their song Hate Will Prevail. They held up scarfs with the Palestinian flag during the point-tally, instantaneously changing the mood in the green room from a light-hearted celebration to a heavier atmosphere. On Tel Aviv’s beach some 70 thousand people, mostly locals, were watching the broadcast on a large screen. The celebration quickly turned into loud boos and even aggression against anyone waving an Icelandic flag.

The young members of Hatari used their platform to deliver a reminder of the Israeli occupation of the West Bank and what Palestinians call an “apartheid wall” only a short drive away from the contest’s venue.

A reminder of conflict and a mention of peace

The band said in interviews in Icelandic media afterward that their message was not done in antagonism towards the state of Israel, they are not anti-Israel and have never spoken a word against the state of Israel in any interview that we can find. Their action was meant to remind the world of the existence of Israel’s closest neighbor, Palestine, living on the other side of the wall.

The anger and animosity of some members of the audience at the song contest venue might seem justified to some and disproportionate to others — after all, it was only a flag. But it illustrates how deep the long and complex conflict is and how weary the average Israeli must be of it, and that they simply don’t want to be reminded of it.

Leading up to the competition, the band members were politically outspoken, maintaining the point that such an event is inherently political. They spoke about their grand plan to end capitalism to counter the dystopia of the end of the world, to which they hold capitalism responsible. But they also spoke about their visit to a refugee camp near Hebron in the West Bank and the absurdity of the Eurovision bubble in light of that visit. They spoke using words like peace and hope for ending the conflict on appearances in a variety of media outlets, for example on Good Morning Britan and many more.

To use a platform

Artists use platforms. Madonna also used the contest as a platform to seemingly call for a dual state solution when two of her back-up dancers walked in an embrace, one with the Palestinian flag and the other with the Israeli flag on their backs, up the stairs of the stage.

When arriving at the contest’s venue, audience ticket-holders encountered a small group of Israeli protesters trying to raise awareness of the rise of right-wing populism in Israel and their fears of tyranny and crumbling social infrastructure of the country and rampant privatization. 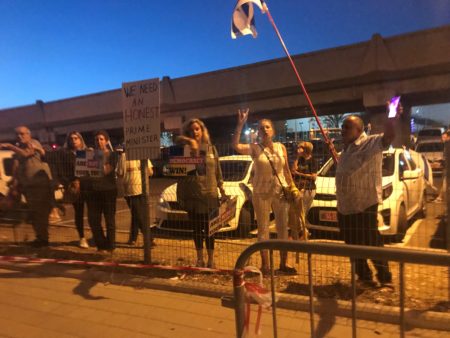 Benjamin Netanyahu was recently re-elected to his post as Israeli prime minister. That makes him the longest-serving prime minister in the history of the democracy of Israel. In his campaign, we can find no mention of the word peace. Peace doesn’t seem to be the sentiment of the current government of Israel or Netanyahu’s voters.

The dust hasn’t settled, indeed it’s still being kicked up. There are now heated and polarized calls for banning Iceland from the Eurovision Song Contest, as well as a separate call to ban Israel, allowing real hate and animosity to prevail. Those calls seem to be in direct conflict with the founding spirit of Eurovision.

It is Hard to Say Goodbye

The message of the Icelandic contribution, as the members of Hatari have explained it, has been quite clear. Their art revolves around hope and hopelessness, power and powerlessness and ultimately their goal is to abolish capitalism, which they seem to believe is the root of conflict in the world.

Members of HATARI left Israel today, in a new message of how grateful they are, how they see the polarized response to their actions, how they welcome criticism and that they want to hope for Israel and for Palestine they bid farewell to Israel.

It now remains to be seen what the repercussions for the organizers, for the band Hatari and for Madonna and her team are to be, certainly this year, the Eurovision Song Contest is one that will not be forgotten any time soon.