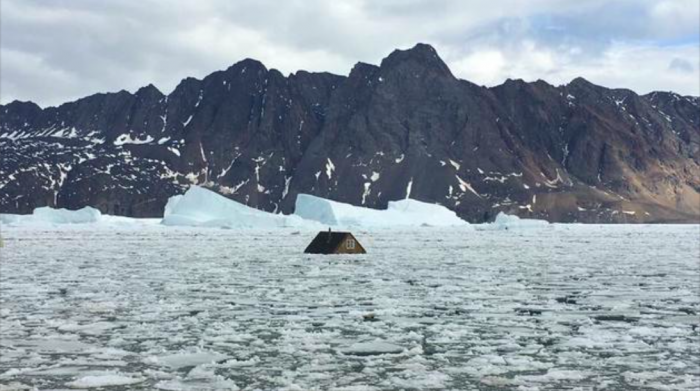 The town of Nuugaatsiaq on Greenland’s west coast was hit by a tsunami on Sunday devastating the town and the people living there. They were, along with the people of the towns hit on north-west coast were evacuated by helicopters. According to Greenland National Radio Kalaallit Nunaata KNR there are unconfirmed reports about lives lost and clearly many people lost their home and all theirs possessions. 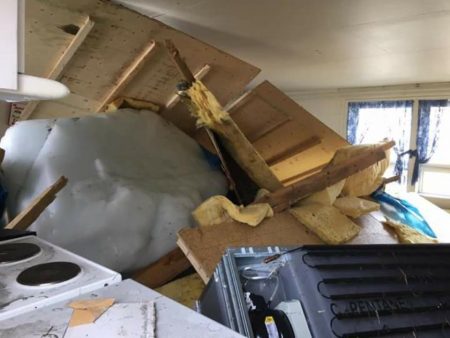 Facebook : John Sivertsen
The interior of one of the small houses destroyed by the Tsunami

The sea waves in Uummannaq, Illorsuit and Upernavik were also extremely high, and destructive. An earthquake of 4.0 magnitudes west of Nuugaatsiaq caused the tsunami, A mountain collapsed into the sea in north west Greenland causing the tsunami wave to hit the Uummanaq fjord system. Hundreds of people have been evacuated and the damage to towns that were hit the hardest by the wave are devastating. The scale of the mountain collapse can be seen here. 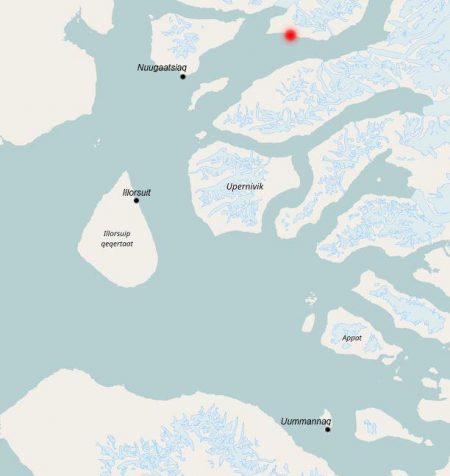 The red dot shows the side of the mountain collapse. Image from KNR

KNR also reports that the police has warned about another possible mountain collapse. The citizens of Nuuk sent a shipment of aid yesterday for a first response help, and the people of Greenland have set up a donation account to help the people who have lost their homes and all possessions.

(Featured photo: Søren Lund – A rooftop sticking out from the ocean in Nuugaatsiaq)