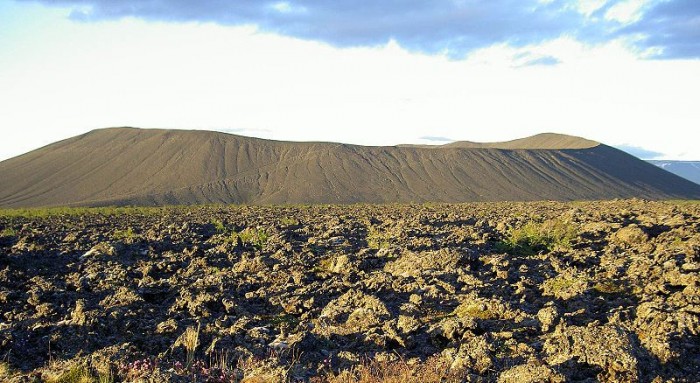 The travel industry in Iceland has a great responsibility when it comes to protecting the fragile nature of the volcanic island. Regrettably they don’t always realize that and are not held accountable. Adrés Arnaldsson project manager with The Soil Conservation Service of Iceland spoke to RUV’s reporter and had a word of warning.

According to him there are videos published online by tourist and tour companies that clearly show sabotage of nature such as off road driving on four-wheelers and jeeps scaring the soil, the fragile grey moss covering the lava fields and the fragile heaths. This is an appalling introduction to Iceland and could lead people to believe that this is allowed to spoils the surface of the land in such a way, whereas actually its completely illegal.

This particular law however is hard to enforce, as the wilderness of Iceland is vast. The Environment Agency recently reported an introduction video to the police. A foreign tour company, specializing in highland tours was responsible for the video, showing alleged illegal and gross offroad driving in otherwise unspoiled wilderness. Arnaldsson said some measures are being made to take care that people respect the wilderness but he calls for official protocol and clear overall code of conduct for the travel industry. He monitors and gathers evidence of illegal or unwelcome conduct in nature. “For example it’s quite common for car advertisements to indicate that anything goes, that off road driving is allowed” He sais, and sometimes the images are even manipulated to indicate that cars are able to drive almost into the hot spring” he goes on.

The whole Icelandic travel industry and tour guides depend on nature to remain unspoiled, so such advertisements are definitely counterproductive to their own livelihood – Not to mention the irreversible damage its causing the nature. He goes on to say that if people post a video of themselves making “snow angels” in the unspoiled moss field on the lava, and a fraction of those who see the video come to Iceland thinking they can do the same, the face of the island is sure to change drastically, and it takes a long time to heal.

Newer PostAllemansrätten – In Sweden nature exists in its own right, but you’re free to visit
Older PostBrother and sister from Portugal won the 2017 Eurovision Song Contest (Video)