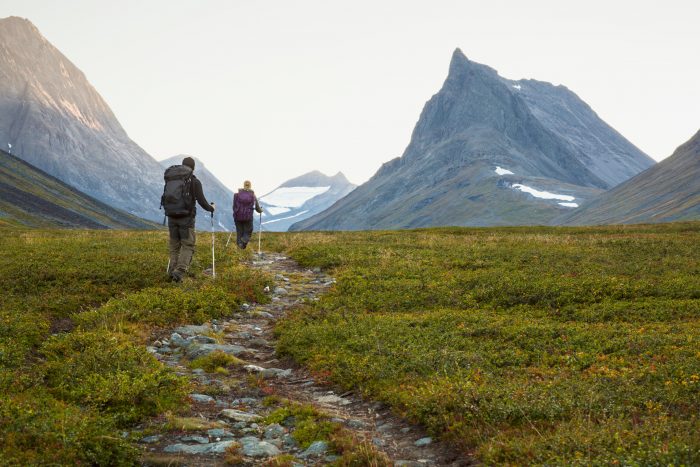 In Sweden there’s a law known as the freedom to roam, or more officially, The Right of Public Access. In Swedish it’s called Allemansrätten, and it exists in some form in most of Scandinavia. The Swedes tend to regard the freedom to roam as part of their cultural heritage. The law can be traced back to provincial laws and customs of the Middle Ages, and it’s for everybody, the literal meaning of the Swedish term, Allemansrätten, is “everyman’s right”.

Tourists and visitors might not be completely aware of the law’s generous implications, and its well worth familiarizing one self with it. In short, visitors are allowed to pass trough the land, also privately owned land, given a few guidelines that are common knowledge to all Swedes. Anyone has the right to hike, wonder, roam, cycle, ski and camp on any land, except private gardens, near a private residence or on land under cultivation.

The Swedish Environmental Protection Agency (EPA) sums up the Right of Public Access with the phrase “don’t disturb – Don’t destroy” and breaks it down for visitors as follows:

With the freedom to roam comes responsibility and travelers are trusted to show mindfulness and respect when passing trough nature and wildlife, and also be careful and use common sense, hikers are free to take aim for the most attractive snowy peeks they see, but they’re responsible for their own safety as well. There are no “Keep Out” signs and guests are well advised to prepare well and do some research before heading out.

The general philosophy is that the nature in Sweden exists for its own sake. We are guests and take care of nature, enjoy it and use it’s resources for the time that we’re around, but nature surpasses us humans, and Sweden has abundance of nature to take care of and enjoy. From the wilderness and snowy alpine mountain peaks in the north to the diverse archipelagos along the coastline – from north to south, and all the forests and lakes inland. Sweden’s nature has a lot to offer and humans aren’t the only ones with the freedom to roam the land, the moose is a common wonderer, so are boars and deer, but there are also foxes, badgers and even wolfs and bears roaming nature and sharing its resources with us humans. So be advised, do your research, show respect and join the party.