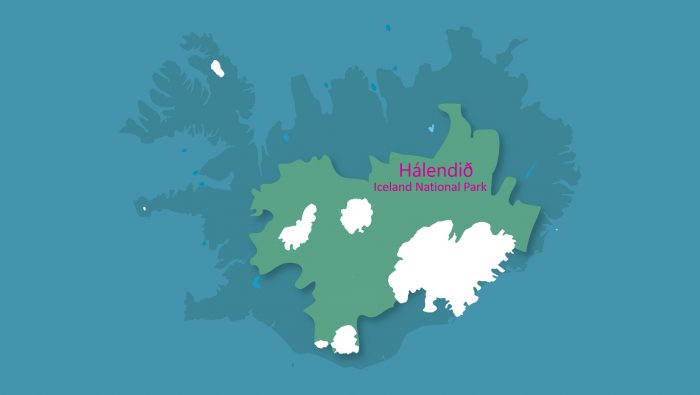 Nature conservation groups, hiking associations and the Icelandic Travel Industry Association are united around establishing a national park in the Central Highland of Iceland.

Iceland is internationally hailed for its use of eco friendly energy with hydro dams and geothermal energy projects creating energy for local use as well as exporting it or selling to foreign companies that set up shop in the country using the cheap energy for industry, such as aluminium smelters. It might seem like an environmental paradise and a win-win situation managed mostly by the National Power Company of Iceland.

Nature conservationists, outdoors associations and now the tourist industry don’t agree. According to them the nature is too fragile and irreversible damage is pending. They want to dial down the dam constructions and the drilling and restrict the export of cheap energy with the aim of protecting the delicate nature in Iceland, and they want to do so by establishing a national park in the central highlands of the country. They maintain “a national park will guarantee the protection of unique natural areas as well as facilitate responsible management and use for recreation, traditional land use and tourism.”

On the webpage they inform: “The interior of Iceland is usually referred to as the central highland or simply the highland (Hálendið). It covers 40.000 km2 of the island (103.000 km2), and forms one of the largest territories in Europe which has never been inhabited or cultivated. Hálendið is considered one of the last great wilderness areas in Europe.

The central highland contains volcanoes, glaciers, voluminous rivers and waterfalls, colorful hot springs, vast lava fields and broad expanses of black sand, all contrasted with oases of vibrant but vulnerable vegetation. Collectively, these natural phenomena and magnificent landscapes form one of the most vibrant areas in the world. The power of the natural forces at work there, including the interplay of fire and ice, continuously form & create an imposing and dramatic terrain.”

The highland has never been settled by humans, The area is closed of entire winters and only open for cars and human traffic over the short summer months, so it is truly untouched land and a unice eco system. According to the conservationalists “this wilderness and eco-system is under threat from industry. Energy companies are lining up to build dams, hydro-electric power stations and to erect high-voltage pylons in this stunning area.”

This World Can offered their services to the Icelandic conservation group, the Hálendið Project and made the short film below showcasing the landscape of the highland while warning of the danger of over harnessing the land.