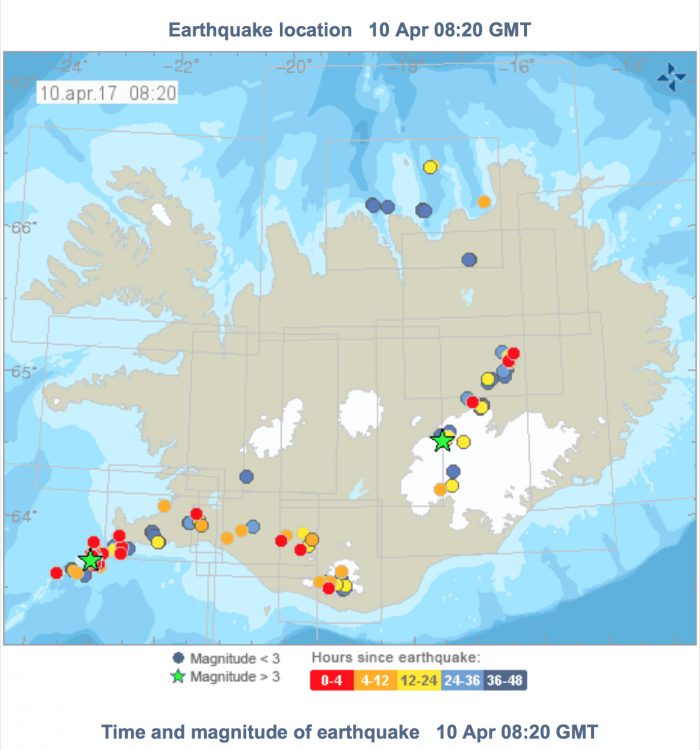 An earthquake magnitude 4.5 rocked the south west of Iceland this morning at 3.40 am. The origin of the earthquake was 119 kilometres west southwest of the tip of the Reykjanes peninsula, called Reyjanestá, approximately 11 kilometres under sea level. Two large tremors of magnitude 2.7 tailed the earthquake a few minutes later, followed by a chain of smaller tremors. Over a hundred small temmers were measured by 6.30 am, all under or around magnitude 2.0 There are no reports about the earthquake’s effect on human habitat. 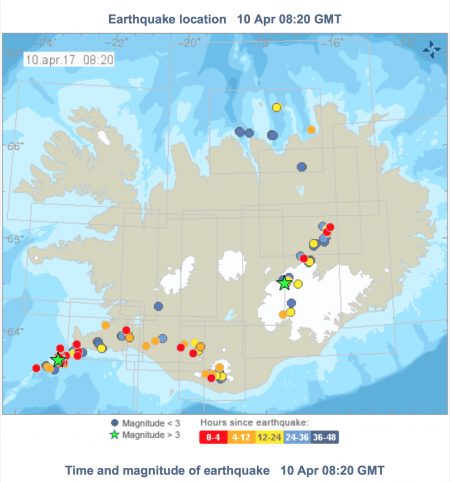 According the Icelandic Met Office, “the size of an earthquake is measured on a local magnitude scale, which is a logarithmic measure of earthquake size. For two earthquakes in the same location, the level of shaking due to a magnitude 5 earthquake would be about 10 times larger than a magnitude 4 event. However, in terms of energy release, the larger earthquake would radiate 32 times more energy than the smaller event.”