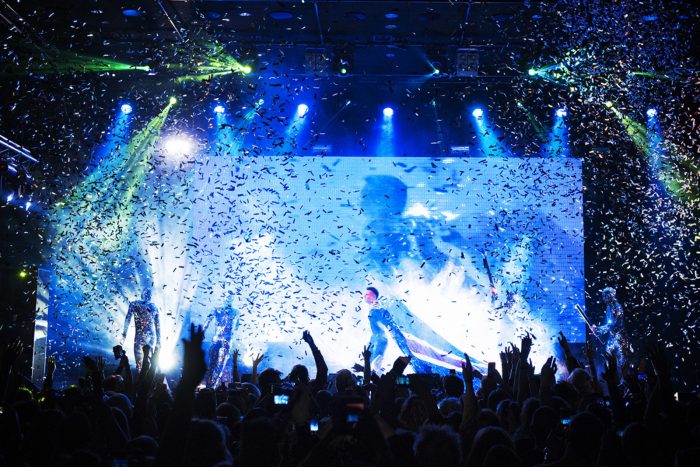 Sonar is a music festival created in 1994, with the aim of pioneering unique format and content in a cultural event, combining a playful nature, the avant-garde, and experimentation with newest trends in dance and electronic music according to their website. Sonar Reykjavik presents the final line-up for its’ 2017 edition on their site, taking place on Harpa concert hall’s four stages, on Reykjaviks harbor starting to day on the 16 February and going on with a feast of progressive music trough 18 of February.

Younger and more emerging Icelandic artists are also new additions to the festival line-up are; erratic performers Hatari who recently picked up the trophy as the Best Live Band in Iceland at the Reykjavik-Grapevine music awards, the strange poetic pop contradiction of aYia who just had their debut single out on Bedroom Community’s “Hvalreki series, Dillalude, Berndsen and Shades of Reykjavik.

The full line up of artists at Sonar Reykjavik 2017 divided by days can be found here.

Sonar is an International Festival of Advanced Music and Congress of Technology and Creativity, celebrated during three days every June in Barcelona and was initiated in Barcelona but has since expanded.

Sonar’s founding values have defined the festival since its inception: the link between creativity and technology, its commitment to being a global event and a meeting point for creative people from different disciplines and communities.

Newer PostOne Billion Rising in Reykjavik Harpa – Dancing against the exploitation of women
Older PostIceland has one of very few women competing in the World Shearing and Woolhandling Championships in New Zeeland.