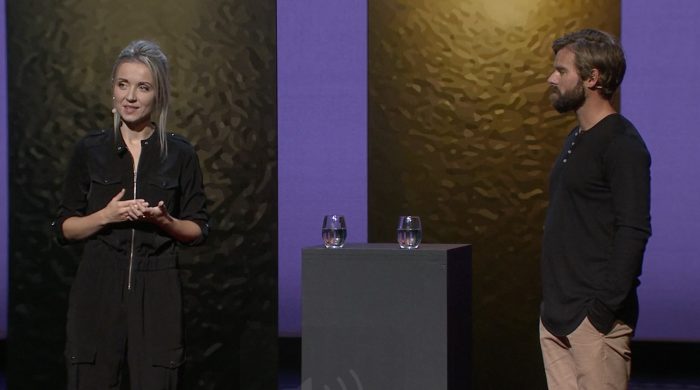 In 1996, Thordis Elva Thorvaldsdottir shared a teenage romance with Tom Stranger, an exchange student from Australia. After a school dance, Tom raped Thordis, after which they parted ways for many years. After years of silence Thordis Elva instigated a correspondence with Stranger, which later took on the form of a co-authored book, South of Forgiveness, to be officially released in Mars. They are now touring with a joint lecture and Q&A, sharing their story and attempting to deconstruct the stigma that comes with Rape.

On Thordis Elva’a Facebook wall she writes “When I was a 16 year old teenager in Reykjavik, Iceland, I was raped by my first boyfriend, Tom, an Australian exchange student. Like so many survivors, I didn’t press charges, despite suffering physical and emotional consequences. Many years later, I broke my silence by writing to Tom and confronting him about the violence he subjected me to, in the hope that it would rid me of the blame I wrongfully shouldered. I expected no response at best, or a negative response at worst. The only thing I didn’t expect was the typed confession I got back from Tom, full of disarming regret. This led to a unique correspondence where we analyzed that fateful night and the consequences it had for both of us. After eight years of writing, we felt it was time to face our past, once and for all. We decided to meet in the middle, flying half way across the world to South-Africa. The following week permanently changed our lives. It resulted in the book South of Forgiveness, an unprecedented collaboration between a survivor and a perpetrator of rape. It is a true story about being bent but not broken, of facing fear with courage, and of finding hope even in the most wounded of places.”

In the talk, Thordis Elva and Tom share their account of shame and silence, and invite the public to view the ever-present global issue of sexual violence in a new, honest way. Visit here for a Q&A with the speakers.

According to the TED site “Thordis Elva is a firm believer in the healing potential of dialogue when it comes to ending the silence that shrouds sexual violence. In 2015, she was voted Woman of the Year in her native Iceland due to her tireless campaigning for gender equality. As an award-winning writer, journalist and public speaker, Elva has utilized many different platforms for her activism, including plays, films and books. Her passion for equality extends to the Internet, and she has toured extensively giving lectures about online bullying, non-consensual pornography and digital human rights to audiences such as the United Nations and the Nordic Council of Ministers.”

The Ted site goes on to inform about Tom Stranger: “Social sciences and the outdoors have been both professional directions and personal themes for Tom Stranger. After studying social science and working in outdoor recreation, Tom Stranger’s focus shifted towards working with young people with complex needs — mental health challenges, substance addiction, homelessness and neurological impairment. His time working with young people has taught him the immense value of listening with intent. Stranger has recently completed and thoroughly enjoyed a Master of Cultural Studies at the University of Sydney, and he has returned to work in the outdoors as a landscaper. During his studies, he was involved as a co-author in the writing of South of Forgiveness. He and the book’s primary author, Thordis Elva, share the hope that in speaking up they will add their voices to the ever-growing public discourse around relations of gender and sexual violence.”