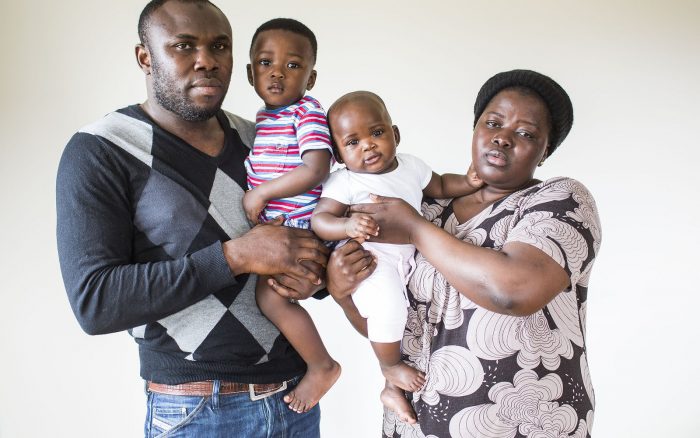 The police had to back down on the eve 16 November when they arrived at a home in the town on Njardvik with the intention to remove a family with two young children and deport them.

Some friends of the family had gathered at their apartment building and reporters were present as well. The people protected the deportation vigorously and the scene soon became grisly with police trying to remove the panicked mother and terrified crying children. When a representative from the childcare services arrived the police and the representative from the directory of immigration decided to leave the scene and the family remained at their home with friends to console them.

The family’s case and a video of the police operation on Facebook has circulated Icelandic Media and social media and has caused outrage among the public, especially because there are children involved and therefor the directory of immigration should be in breach of the UN’s Convention on the Rights of the Child, which Iceland is party to, Iceland is how ever also party to the Dublin Convention, which in short allows authorities to send refugees back to the country where they first entered Europe with out much consideration for their case. Those two conventions are in clear contradiction of one another, so now the question remains, which one trumps the other.

The fate of the family is still unresolved. Fadila Zakari and her husband Saad Abdel Wahap from Tongo arrived in Icealnd in 2014. Fadila gave birth her second child Hanif soon after her arrival and this year gave birth to her daughter Jonina also, named after her birthing midwife. The family was to be sent back to Italy where they first landed in Europe when they arrived in Europe from Tongo.